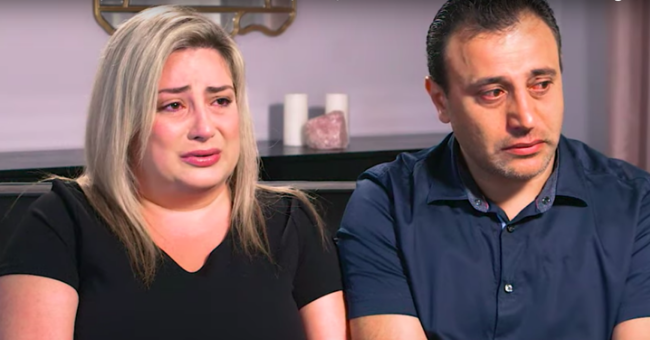 It’s already an unimaginable scenario: You and your partner are unable to have and maintain a healthy pregnancy. You’ve done all of the tests, read all of the books, and tried every old wives’ tale you can find.

Finally, if you’re financially and physically able, you attempt IVF. But what people often don’t know about the process of IVF (in-vitro fertilization) is that it’s incredibly invasive, painful, and downright expensive.

One New York couple, who unsuccessfully tried for years to get pregnant, learned last year that they were, at last, pregnant- with twins!- after a successful IVF procedure at a Los Angeles fertility clinic. They had chosen to implant two of their female embryos, and when they learned that both of them took and the mother was pregnant, they got busy preparing for their two daughters.

That is, until their ultrasound revealed that they were not having two girls, but two boys.

When the bewildered couple went to their doctor for answers, they were brushed off, with him essentially telling them that the ultrasound is inconclusive, and that they were definitely having girls.

The evidence, however, was unmistakable when, on March 30, 2019, the couple gave birth to two healthy twin boys… who were not the same ethnicity as the birth parents, who are Asian. Genetic testing revealed that the babies were, indeed, not related to the couple who carried them, and even more shockingly, they were not genetically related to one another, either!

Heartbreakingly, the couple had to relinquish both of the babies that they had carried for the last 9 months into the arms of their biological families. Court documents revealed that neither one of the parents “could not find the courage and the way to tell others about their devastating loss”. To this day, not many of the people closest to them know the details behind their great loss.

The couple, known only as YZ and AP in their official court documents, is said to have spent months of their lives at this clinic taking specialty medications, vitamins, and tests, and also around $100k of their personal savings in travel costs, specialists, doctors fees, medications, and more. So not only are they losing the babies they have wanted for so long and bonded with in a unique way, they’re losing their huge investments, too.

And what about the couples who are just finding out that their babies grew in another woman’s body and are now out in the world without their involvement? The parents of one of those babies spoke out about the devastation this whole ordeal has caused.

Anni and Ashot Manukyan of California had no idea that their child had been implanted in another woman’s body until two weeks after he had been born; and even then, they had to wait several more weeks to meet their son in a hotel lobby as a custody battle raged on. Anni, the child’s mother, says she feels robbed of the things she should have been able to experience with her son, and mostly, the opportunity to carry him and give birth to him herself.

“I wasn’t there for his birth, I did not carry him, I did not feel him kick inside of me, I didn’t do the skin to skin, I didn’t breastfeed him,” Anni told ABC News. “All of that was just robbed from me because of this company that messed up, you know.”

Even worse? The Manukyan family revealed that Anni was implanted with a wrong embryo on the same day her own baby was implanted in their birth family but sadly, she miscarried shortly after.

The bottom line is that a tragedy such as this should have never happened. When you’re dealing with peoples’ fertility and their babies, it is necessary to be absolutely meticulous and to have all the proper checks and balances in place.

As far as a happy ending, there really isn’t one as of yet. The original couple who birthed the boys has no idea what happened to their two female embryos, and may never find out. They are still childless. We are hoping that they not only get the justice they are seeking, but that they are blessed with their own children, too, very soon.