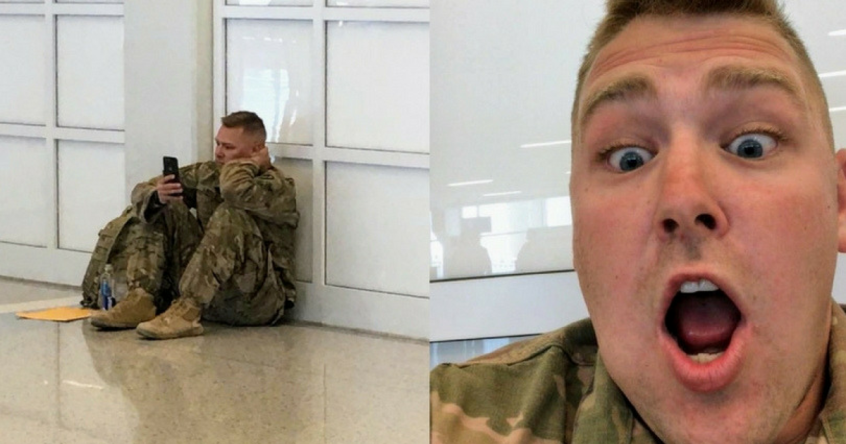 Being a parent requires sacrifice; we know this. What most of us don’t know firsthand, though, is the hardship of being a parent and having to sacrifice the very thing you want most: to celebrate milestones with your family.

Tracy Dover was at the Dallas-Forth Worth International airport on her way home to Mississippi when she saw something that absolutely yanked her heart out. Sitting against a wall clad in his National Guard military uniform sat Brooks Lindsey. Lindsey was also on his way home to Brandon, hopeful he would make it in time to witness the birth of his first child. Sadly, his flight was delayed, leaving him alone in the airport, able only to watch his wife Haley labor through FaceTime.

This Army soldier was on my delayed flight home yesterday to MS. He had to watch the birth of his daughter on FaceTime….

Soon enough, Lindsey gained the attention of a number of his fellow passengers, who, although interested and wanting to be supportive, gave the father-to-be his space. They watched in silence as he took in every moment he possibly could, his expression changing from solemn to surprised to incredulous. Tears were flowing.

Then, the passengers heard a cry through the phone. They all celebrated.

Haley Lindsey told Love What Matters that she was actually due to deliver a week later, but last minute found out an induction was necessary. Her husband made arrangements to be home, but didn’t quite make it. In true mom form, Haley has told everyone that it actually worked out for the best. “Without that delay Brooks would have been in the air and unable to FaceTime,” she said. 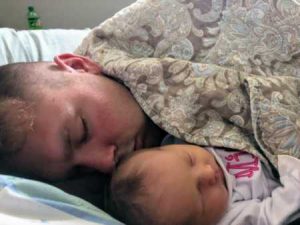 The happy couple named their new daughter Millie Fritz Anne Lindsey, and Brooks was able to hold her for the first time when she was only five hours old.

Congratulations to this new family of three! We are grateful for their service to our country.