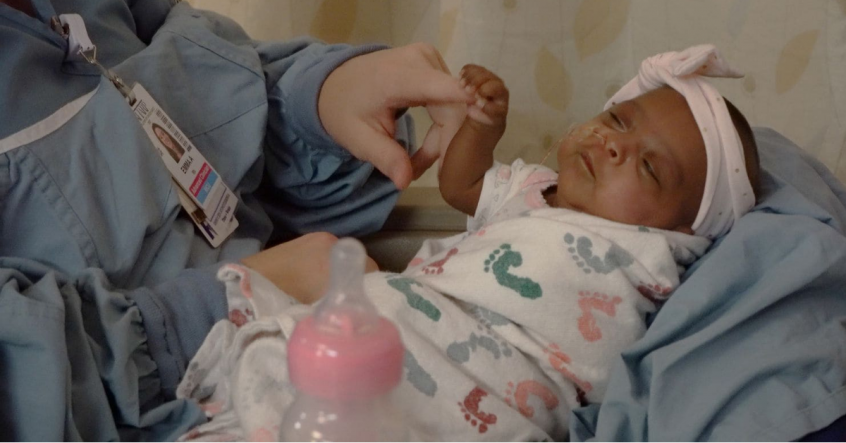 The world’s smallest baby, who was born roughly the size of a child’s juice box, has gone home after spending nearly five months in the NICU.

Baby ‘Saybie’, as hospital staff nicknamed her, was born at 23 weeks, 3 days gestation and weighed only 8.6 ounces at birth- about the size of a large apple.

Her mother, who would like to remain anonymous, went into a San Diego area hospital with extreme discomfort and pain. Ultimately she was diagnosed with pre-eclampsia, which is a medical condition in pregnancy that involves high blood pressure and can easily prove fatal for both mother and baby. The mother’s blood pressure was over 200.

Told by doctors that she had to have an emergency c-section to give her baby any chance at life, she went under the knife, and out came baby Saybie, an entire three months before her due date. Saybie was so young and so tiny that she actually qualified as a ‘micro-preemie’. Because babies born in pre-eclamptic conditions are often growth-restricted, she easily fit into the palm of her doctor’s hand at the time. 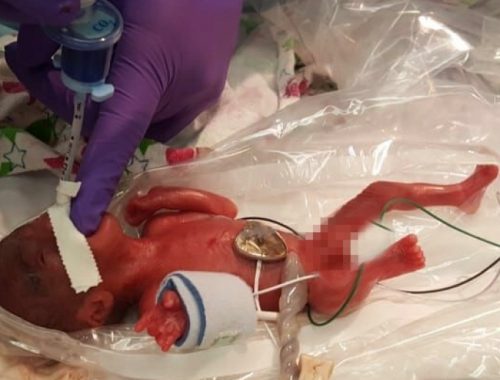 Saybie’s father was told that he would have just about an hour with his daughter before she died, but that hour turned into two, which turned into a day, which turned into a week. Saybie is believed to be the smallest baby to ever survive a premature birth. Astonishingly, Saybie went home with her family after five months in the hospital at a healthy five pounds. 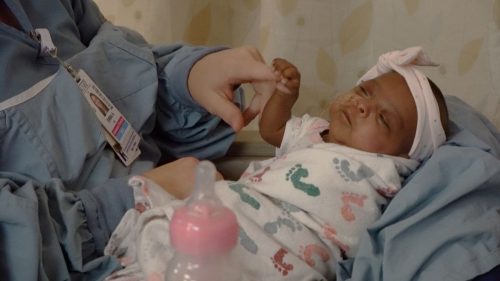 Although Saybie has defied all odds up until this point, there is still a good chance she will face some challenges as she grows and develops. Vision problems, fine motor issues, language delays and learning disabilities are all possible when babies are born prematurely. Even in the face of these obstacles, Saybie’s story is miraculous.

Just for fun, the previous record-holder for world’s smallest surviving preemie was born in Germany in 2015, and weighed 7 ounces more than Saybie.

We are thankful to live in a time where we are only advancing in our ability to medically care for our mothers and babies. Surely baby Saybie is destined to do great things in this world with so much grit and determination!