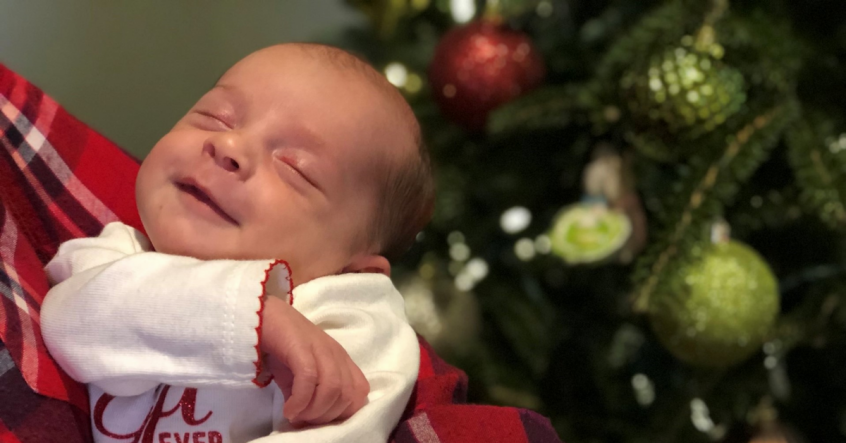 This November, Tina Gibson, a 25-year-old woman in eastern Tennessee, gave birth to a baby girl who is almost as old as she is.

The Gibsons, who faced fertility challenges in their own journey to become parents, came to be their daughter Emma’s parents through something called Embryo Adoption. Essentially, an embryo is created for in vitro fertilization, and if the genetic parents decide not to implant it, they have the option of donating it to another couple, instead of allowing it to sit frozen and unused.

The Gibsons had never heard of Embryo Adoption. When they were first married, they knew that the chances of having their own biological children were slim. Benjamin has cystic fibrosis, which commonly leads to fertility issues. The couple decided to become foster parents, though, and have been able to house several children in their seven-year marriage. 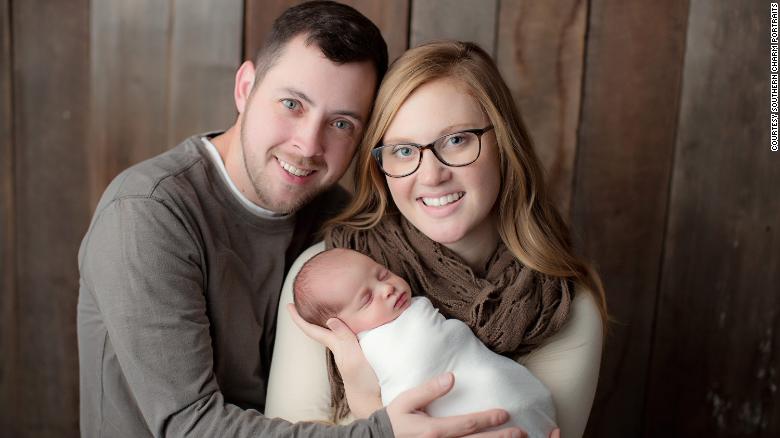 One day, when en route to a week-long vacation, Tina’s father brought up the concept. “I saw something on the news today. It’s called embryo adoption, and they would implant an embryo in you, and you could carry a baby,” he told his daughter.

“I was like, ‘Well, that’s nice, Dad, but we’re not interested. We’re knee-deep in foster care right now,’ ” Tina recalled. “I kind of blew it off. I had no interest in it.”

But later that day, as the couple drove the eight hours to their destination, Tina couldn’t shake what her father had mentioned.  “It was playing in my mind over and over and over,” she said. She decided to lightly touch on the idea with Benjamin, who surprisingly said he had been thinking about it “the whole time” as well.

Fast forward to the following spring, after the application process, a home study, and a ‘mock transfer’ (where doctors test out your ability to accept an embryo), Tina had three embryos (or “snowbabies”, as they are lovingly called) transferred to her uterus at the National Embryo Donation Center (NEDC). One out of the three of them stuck, which is pretty on-par with statistics of successful transfers from thawed embryos.

Just as doctors were about to transfer the embryos, they dropped a sweet little bomb on Tina: The embryos they were putting inside of her were frozen for 24 years! “This embryo and I could have been best friends!” Tina joked.

All jokes aside, Tina could care less that she was setting a world record. All she wanted, in her own words, was “to have a baby”. And have a baby she did: Emma Wrenn Gibson was born this November, healthy and happy.

When asked if she’d like to give her little girl a brother or sister through Embryo Adoption? Tina quickly says she would have answered with an emphatic “YES!” two months ago, but after a natural labor, “I’m never doing that again!”…. I think we’ve all thought similar things immediately after labor!

It is truly amazing what can be accomplished through medical advances. A baby who was conceived a year after her future mother was placed in her arms almost 25 years later. That will be a fun story for Tina and Benjamin to share with little Emma someday!