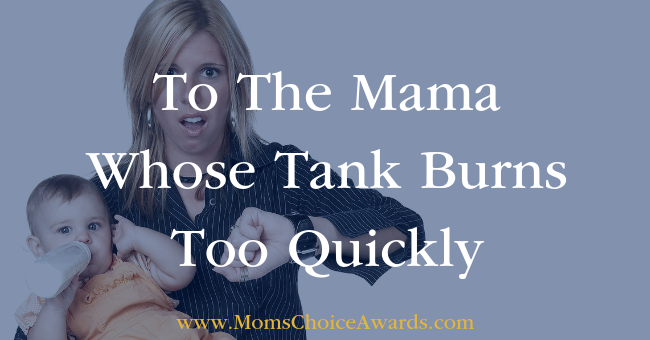 There’s so much talk these days about filling your tank.

You can’t pour from an empty cup.

This isn’t untrue. I agree that self-care is important, but my problem isn’t with filling my tank. My problem is that, often, the tank just doesn’t seem large enough.

You know how when you go to buy a vehicle, they tell you the size of the fuel tank (15 gallons, 17 gallons, 20 gallon etc.)? That generally indicates how often you’ll need to fill up at the gas station. It’s also usually an indication of how big a load your vehicle can haul.

A Ford Focus? Small tank. It can probably go a while, but don’t try towing anything.
A Chevy Suburban? Big tank, a whole lot of power. It can pull a horse-trailer without batting an eye, but you better be prepared to fill up often.

Lately, I feel like I am completing a Suburban (and then some)-sized haul with a Ford Focus tank.

A new day begins and I handle all the household drama like a boss. (People think only girl-moms have drama, but I’m here to tell you that boy-moms have drama too. It just comes with a side of wrestling and occasional punching.)

Anyway, the day starts and I’m doing fine—feeding all the mouths, dressing all the bodies, validating all the feelings. I am Queen of the Morning Routine. I wrangle the monkeys successfully into place so we can arrive at all the schools on time. Mission Accomplished!

–Except now we’re only two hours into the day and the tank is already half-empty.

I spend the next few hours chasing around my toddler, who is one of the wildest I’ve ever met. It’s not that he’s naughty, it’s more like he’s not afraid of anything and he’s into absolutely everything.

Fragile, messy, or important thing? Yes, please, let’s get a hold of that!

I can’t look away for a minute, and I mean that literally. I’ve looked away twice in the last week and the first time, he took off his diaper and peed on my husband’s shoes. The second time, he moved a chair from another room, climbed on the counters, and was eating candy off a many-weeks-old gingerbread house.

After spending a few hours toddler-chasing nonstop, the tank is teetering on empty and the day is not even half over.

Nap-time comes and that provides a little bit of a fill-up. Of course, that’s assuming any of the kids actually take a nap (a rather large assumption).

The whole situation feels a lot like if you ran out of gas and a friend had to bring you one of those little red plastic tanks on the side of the road—the kind that has just enough fuel to get you to a gas station for a full fill-up.
Only… you’re not going to the gas station and a fill-up isn’t coming your way for many hours. You have to stretch those drops of precious drops of fuel to make them last.

By the witching hour and dinner time, the Ford Focus is bone-dry. I’m beyond running on fumes. I’m basically Flintstone-footing my way through the evening. In fact, by the bedtime routines, I’ve flat-out abandoned my vehicle altogether and am army-crawling my way through teeth-brushing, stories, and infinity tuck-ins.

This isn’t because of a lack of self-care. I can get a girl’s night out, or date night, or any other necessary me-time outing. I can fill my tank. The tank just seems to burn too quickly.

If you’re feeling like you’re carrying a massive haul on a way-too-tiny tank, you’re not alone. I am with you. Moms everywhere are with you.

Eventually, the load will even out. You’ll have enough fuel to get from sun-up to sun-down, with possibly even a little leftover.

Until then, give yourself grace. Make sure you’re filling your tank to the very-tippy-top every chance you get with the good stuff, the high-test. Plus caffeine.

It might also be a good idea to invest in some comfortable walking shoes. You’re probably going to need them.

This post was originally posted on The Wild, Wild West blog. 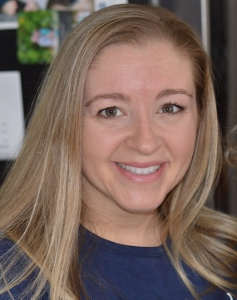 Charissa West is a high school classroom teacher turned stay-at-home, work-at-home mother. When she is not busy chasing around her three young sons, she works as an online teacher and freelance writer. She shares her sincere, sarcastic, and hilarious thoughts on parenting on her blog, The Wild, Wild West. The Today Show, Her View From Home, That’s Inappropriate, and Today Parents are just a few of the many places where her writing has been featured. 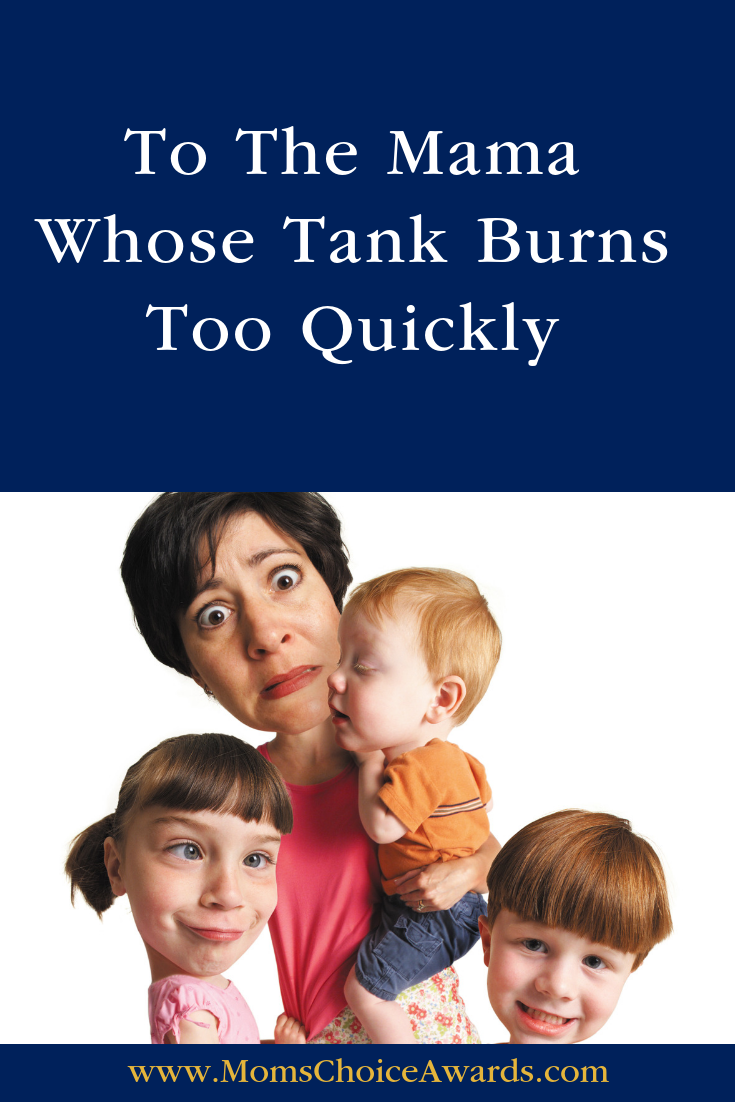 4 Comments on “To The Mama Whose Tank Burns Too Quickly”