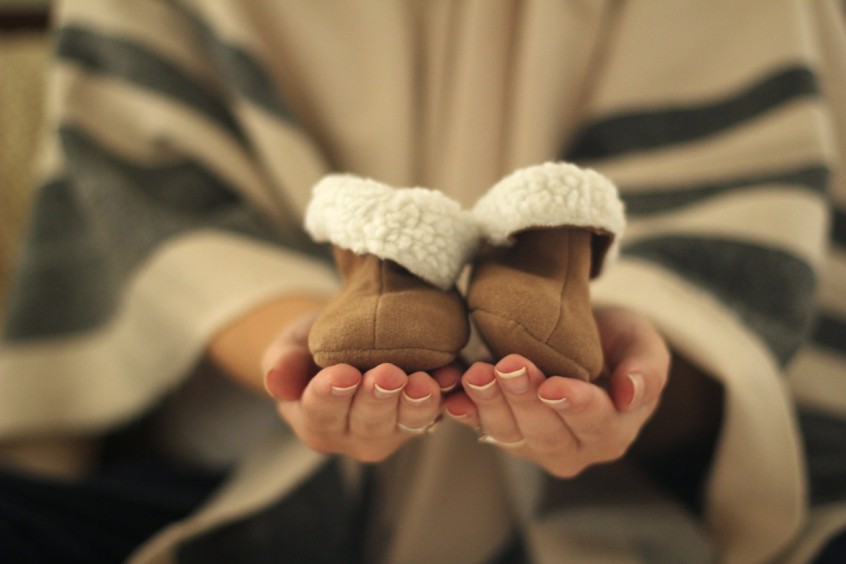 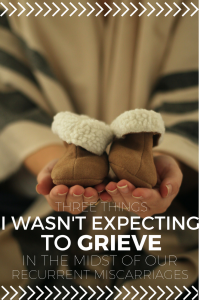 This is a blog post that I have narrated a million times– in my head, in my journal, in prayers in the middle of the night, in conversations with friends and in vulnerable talks with my husband… just never publicly, and never so pointedly. I am incredibly grateful that we live in an age where pregnancy loss is being de-mystified. Although there are many things about it that still aren’t understood, it’s talked about. It’s a discussion. More and more women feel comfortable coming out of the woodwork and saying, “Yes, we have lost children,” or, “We are having trouble getting pregnant.” I know I say this phrase a lot, but it’s healing, and writing about things that are healing is, in a way, my purpose.

The thing that hit me the most as I began to process our three losses is this: you grieve a lot of things when you walk through this. What many (myself included, at one time!) don’t understand is that you’re not simply grieving the loss of a life, although that is the most gut-socking part of it all. That grief is a novel’s-worth of sentiment, and it never really goes away. I know, personally, I experienced so much encouragement from those around us– but nothing could prepare me for some of the more unexpected things I found myself going through as the weeks and months ticked on. So, in an effort to be transparent, here are three things that I was not expecting to grieve as we walked through recurrent pregnancy loss.

I mourned my former trust and faith in my body. You just never think it will be you, if that makes any sense. Whether it’s conscious or not, when we’re young, we have a sense of strength and vitality. We suppose that really, anything we put our minds to is possible. Limits are an afterthought. In my mind, my husband and I were the ones who would decide when to start building our family. We would be the ones to decide how many children we would have. When that slowly began to crash down on us, I felt lost. So much of who I am on a bodily level was created to bear life! Why can my body not sustain a pregnancy? I felt like something in me was failing, and despite a gamut of blood tests, ultrasounds, physicals, you name it, we couldn’t figure out why. I felt so broken, and so unable to do something that I was made to do. I felt helpless: completely powerless. Coming to terms with your own limitations is difficult, and this is something major I had to release control of.

Something else that I didn’t quite expect to feel was sadness and guilt over (what I perceived was) disappointing my husband. I was losing his babies, too. They weren’t just mine. I couldn’t keep them safe, and that racked my hurting heart with shame, never mind that I was not actually culpable for these losses. One thing that I’ve noticed about miscarriage is that almost all of the sympathy and care for a family going through it is directed at Mom. In so many ways, this is appropriate- it was I who went through the morning sickness and exhaustion, and it was my body that went through the physical pain of miscarriage, time and time again. My husband, though, dealt with both his own sadness as well as watching his wife go through hell. Because I was suffering, there were many times that he had to be strong and carry me. His hopes and expectations were shattering along with mine, but he held me, he prayed, he listened, he encouraged me not to give up… and it broke my heart all the more. It’s painful to write about now, but it also reminds me that it’s possible to be even more bonded together with your spouse in true hardship.

Perhaps the most shameful thing that I grieved during these losses, though, was my ability to fully rejoice with those around me. In a way, it stings to write this for all to read. We all want people around us to believe we have suffered valiantly, right? I share these earnest feelings because, truthfully, they caught me very off guard. I felt jealous when women were being blessed with healthy pregnancies and babies. Nobody is, or was, more aware of how intensely selfish that is. That’s one of the many things about suffering– it can cause us to turn into an ugly, monster version of ourselves if we let it. I remember taking a break from social media so I wouldn’t have to see one more black and white fuzzy ultrasound pregnancy announcement. At one point, I even blocked the majority of young married women on my Facebook, just to save myself the inevitable feelings of envy. I got upset when friends of mine had children very close together in age. I was in tears when a newlywed couple got pregnant on their honeymoon. I tried to rationalize these otherwise unreasonable feelings with cries of, “But it’s MY turn!” and “Why not me?” I needed constant reminders that childbearing– and life– is not a competition. I was not losing anything because of someone else’s gain. It wasn’t that I didn’t want others to experience the joy that is new life, it was more that I just felt broken, as I said above, and didn’t want to feel alone in my brokenness.

I share these things because it’s important to know that, beyond the immediate grief, there are many, many things that may take you by surprise as you process and heal. Own them. Work through them. Even just let them be what they are for a while. You will never fully move on from or get over your loss, but the broken places won’t stay this broken forever. I can only speak from my own personal experience, but there is value in transparency. Have grace on yourself when something you don’t expect hurts, and extend grace to others when their pain makes little sense to you.