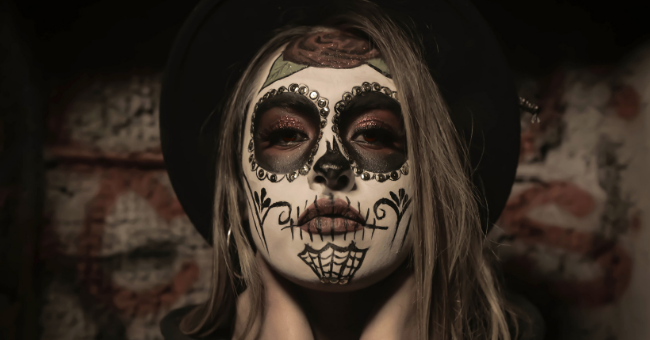 Happy Halloween week, Mom’s Choice readers! If you are anything like me, I truly adore Halloween. It’s a holiday that is devoid of a lot of expectation. Christmas has the expectation of perfectly-chosen gifts and a lot of money spent. Thanksgiving is days upon days and hours upon hours of food preparation and clean-up. But Halloween? It’s just dressing up and giving out candy. Pure fun.

Another reason I love Halloween for the kids is that it’s a way to self-express, or to dress up as one of your favorite characters or heroes.

With all of the fun comes some issues that require a little more sensitivity, though. Namely cultural and racial sensitivity. Before you get nervous, let’s be thankful that we live in a time that we have popular heroes and characters of all races, ethnicities, and backgrounds. It’s beautiful that we and our kids can celebrate diversity in our heroes and idols!

At the same time, we want to be sure to be careful, because there is a line between celebration and exploitation. This article featured on Parents is a great place to start.

Mia Moody-Ramirez is a professor of journalism and public relations at Baylor University. She is also a nationally recognized expert on mass media representations of minorities, women, and other underrepresented groups. She says, “Common cultural appropriation missteps include darkening one’s face, wearing ethnic garb, and/or dressing up to provoke laughter rather than show respect for a group or person.”

Here are some tips on how to go about selecting or helping to guide your child’s decision when it comes to their Halloween costumes.

“In general, when considering a costume, think of whether it would show honor or disrespect for a group or person,” Dr. Moody-Ramirez advises. “If you or your child doesn’t know the meaning of her culture and the ethnic attire under consideration for a Halloween costume, it’s not a good idea to wear it. Imitating Coco, or wearing a sugar skull costume, is offensive because the Day of the Dead, or Día de Los Muertos, is an important holiday in Mexico. It is a time for reflection, prayer, and honoring the deceased.”

There is a fine line between appreciation and appropriation, experts explain. When a costume, or any part of it is considered part of a religious or cultural ceremony and practice, it’s best to not allow your child to partake in a ‘cute’ costume donning these things.

On the flip side, when it comes to characters such as Moana, the Hawaiian princess from Disney, the lines may be blurred.

“As a Native Hawaiian, I am not personally offended by children dressing up as Moana, not only because I think the values the character demonstrates are a positive representation of Pacific Islanders and our wayfinding history, but also because she portrays positive attributes of bravery, curiosity, strength, creativity, and Aloha (love, compassion, grace),” explains Jalene Kanani Bell, a Native Hawaiian artist and product designer. “[These are] traits I think we would like all our children to have. I also think it is an opportunity for our island kids to see other ethnicities appreciating our cultures, normalizing our languages, and honoring our values. That said, I have used the word ‘personally’ because there are definitely differing opinions, and Polynesia is made up of many different and distinct island cultures, of which Hawaii is only one.”

Do your due diligence to find out what’s harmful.

In the same way you research a car before you purchase it, it’s a great idea to conduct some research in a deliberate way before you allow your kids to step out in their Halloween costume.

“A little time and research on Google, just like you do when you want to buy a new car, can give you some insight,” Kanani Bell says. “See how they came to developing that costume, how is it viewed in real life, what was the inspiration behind patterns, colors, styles? Do they have a connection to the host culture? Is there a lot of controversy? Take advantage of this teaching moment with your kids. Then use your best common sense to determine if you are honoring the culture in a respectful manner at the right opportunity.”

And nobody said you can’t dress up as any of your favorite heroes! After all, Halloween is supposed to be about being in disguise, and in a fun way.

“Halloween is a magical time when children get to be somebody else, but that does not give them a license to cause harm,” says Brigitte Vézina, a fellow at the Center for International Governance Innovation who has written about curbing cultural appropriation in the fashion industry. “This is a delicate line to walk because we value multiculturalism as a pillar of democratic societies, and we don’t want to fence off cultures at the risk of suffocating them. The key is to be mindful and to show respect for the source culture and community.”

Use caution with historical figures.

This is where the component of education and research really comes into play. When it comes to historical figures, Moody-Ramirez says context really is key. “Many historical figures represent an era during which oppression was common so it is important to know the history behind these historical figures,” she says. “When I searched for historical costumes for boys, suggestions included Ben Franklin, George Washington, Robert E. Lee, a cowboy, a gangster, and a pilgrim. Some of these are less appropriate than others. For instance, I would not want my child to imitate Robert E. Lee.”

Another good point that is raised is that if we separate the person from the marginalized culture, we have definitely committed an error.

Choose costumes that are not tied to one culture or heritage.

This is another way to make sure our costumes are sensitive and appropriate. Athletes, musicians, and public figures that aren’t directly tied to one culture or heritage.

“Rather than buying a ready-made costume, try to interpret the values and the characteristics that you admire—courage, freedom, determination, creativity—in your own way by creating a DIY costume where you can let your imagination run free and give it your personal touch,” Vézina says. “Rather than a cheap knock-off, buy an authentic piece of clothing or accessory created by a designer from the source community or from an approved collaboration, thereby encouraging a genuine expression and representation of their culture. Let them be the voices of their own culture.”

When it comes down to it, Halloween is a holiday that is all about fun and imagination. If we can also use it as a time to teach our children to be sensitive and respectful of other cultures, especially those that have been marginalized and the victim of prejudice and injustice, we should.

Happy trick or treating, readers! Enjoy sneaking a few Reese’s cups out of your kid’s stash for us!

2 Comments on “How to Navigate Cultural Halloween Costumes With Sensitivity”