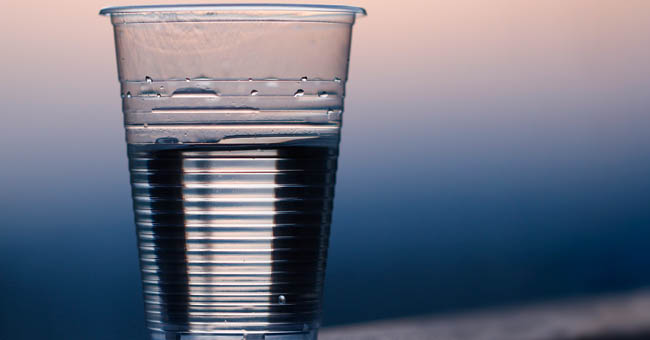 Most kids don’t need intravenous (IV) fluids to get back on their feet after a bout of vomiting or diarrhea. Here’s what you need to know to get through the stomach flu: 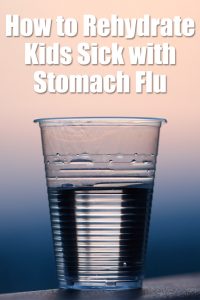 Give frequent, small sips of fluids. Offer a drink even if your child is vomiting every 5-10 minutes — which is common during the first few hours of being sick. Their stomach will absorb enough of the fluid before they vomit again and you can prevent dehydration if you get a head start on replacing lost fluids.

You can’t make an infant drink if they don’t want to. So if a baby (or grouchy toddler) won’t drink willingly, use a medicine dropper or syringe to squirt fluids into their mouth.

Start with 1 teaspoon (5ml) every 5 minutes and then increase the amount slowly when the child stops vomiting. Try 15ml every 15 minutes, and if they don’t vomit that amount, offer an ounce (30ml). If they keep down an ounce, then you can let them drink as much as they want. The goal is to not stretch out the stomach with a large volume of fluid that will just make them vomit again. Slow and steady wins the race here.

Your choice of drink is important. Drinks that are too sugary, like sports drinks and juice, will actually cause diarrhea. And chicken broth has too much sodium and isn’t absorbed well. What about water? That’s the worst choice.

The lining of the intestine has tiny passages that carry fluid into the blood stream. These passages are unlocked by a specific combination of sugar and sodium. That’s why there are ready-made rehydration drinks. Pedialyte and other commercially available electrolyte drinks have the optimal ratio, but some kids don’t like the taste. A recent study showed that watered-down apple juice (1:1 ratio) is extremely effective at preventing dehydration in kids with the stomach flu. I also love popsicles because kids can’t drink them fast. See my post that explains why popsicles are a legit stomach flu treatment.

Why juice, soda and broth aren’t the best choices

The high sugar concentration in fruit juice and soda holds water in the intestine. Instead of being absorbed into the bloodstream the liquid will continue to travel through your intestine and come out the other end as diarrhea. Fluids with far more sodium than sugar (chicken broth) have insufficient sugar to make the intestinal water pump function properly to bring water from the intestines into the blood stream. That’s why the World Health Organization (WHO) has worked for decades to determine just the right formula for rehydration fluid.

Even if a child is moderately dehydrated, drinking liquids has been shown in many studies to be equally effective to an IV. If your child won’t take Pedialyte offer them any other fluid you think they will drink. Any drink is better than nothing. Once a child becomes dehydrated they will feel awful and it will be even harder to get them to take fluids.

Baby got a fever? If they vomit their fever medicine, rectal acetaminophen is an ideal option. Let me tell you why! 3 Comments on “How to Rehydrate Kids Sick with Stomach Flu”