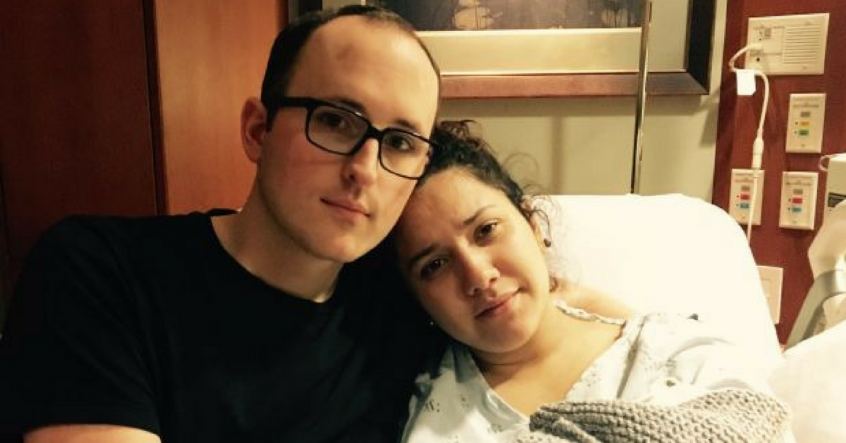 Susana Butterworth is a 23-year-old student at Washington State University. She and her husband, Dallin, were excitedly walking through each stage of their son’s pregnancy when they learned through routine testing and, subsequently, specialized ultrasounds that he had Trisomy 18.

Trisomy 18 is a condition caused by an error in cell division, resulting in significant developmental delays, low birth weight, a small, abnormally shaped head, and defects in organs that are often life threatening. In the case of the Butterworth’s baby, he displayed many of the common signs: clenched fists, a misshapen head, brain cysts, and a hernia in his chest cavity that displaced his heart.

When the couple learned about this fatal condition, they resolved one thing: to make every day they had with their son count. Susana borrowed a fetal doppler from a friend so that she could connect with her baby by finding his heart beat herself, from the comfort of their home. “I wanted all of the memories I had with my son to be good ones,” she said.

Around 35 weeks, she noticed that her son wasn’t moving around as much as she was used to. When they went to visit her midwife, they made the decision together to induce labor as soon as possible so that they may have the chance to meet their son while he was still alive. “I could just tell that he wasn’t going to make it to full-term” she shared.

Devastatingly the couple was not able to make it in time. When they arrived for their induction they learned their little boy had passed. Their son, Walter Thomas Butterworth, was born sleeping on March 8, 2017 at 11:52. 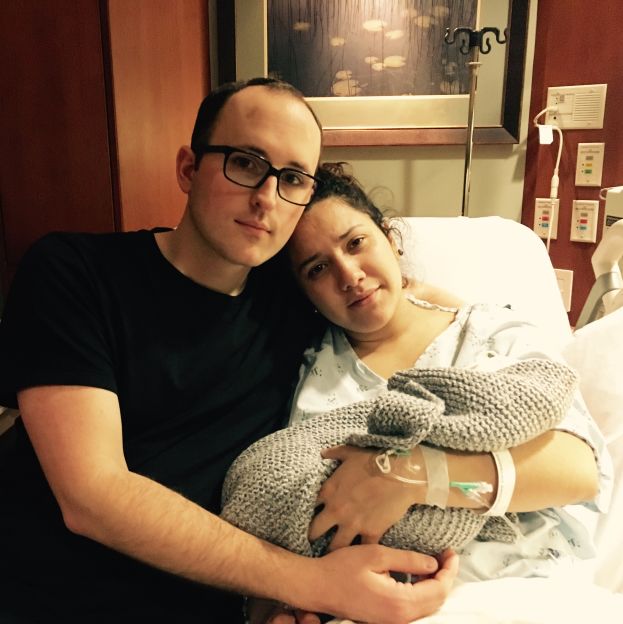 “He was more perfect than I had imagined,” says Butterworth. “He had lots of hair and this cute button nose that I loved to look at in the ultrasounds.”

The thing about living through grief is that, often, the most cathartic action you can take is to help others through their own suffering. And that’s exactly what Susana did. She created a photo series called the Empty Photo Project, in which parents who have suffered child loss are depicted as they so often feel: with a gaping void.

When my husband and I faced our recurrent miscarriages, we were taken aback by how much it felt like we were bleeding under our coats as we went through life. For everyone else it was business as usual, and we may even have looked that way, too, but the reality is that we were deeply hurting. It would have almost been a comfort to us, at times, to have a visible sign of what we were going through in private.

In each picture, the subject holds the mirror as if they were holding their child, and is also asked what the word “empty” means to them. The meaningful part of the series is that it finds a way to visibly show and tell onlookers about the emptiness that the subjects of the photo feel.

"My story is so hard to explain. The emptiness I feel is unexplainable. I knew that it was possible. I knew that what I went through was a possibility. But I never ever thought that it would actually happen. It all happened so slowly. Finding out that my beautiful son was affected by this horrible disease that is carried by me made my heart stop. It took the breath right out of my lungs. I instantly blamed myself. I fell straight to the floor and screamed. No tears even came out at that point. It was so unreal. I remember laying in the hospital bed while they induced me thinking, "Why is this happening to me? Why my baby boy?" It wasn't very long before my water broke and I was holding my little boy. He was so beautiful…. So peaceful. He looked like he was sleeping. He had the cutest little nose the cutest little toes. I couldn't believe that I created such a beautiful baby. When the nurse came up to me and told me that they needed to take him I lost it. I begged them not to but they said it was time. He was only in my belly for 17 weeks. I felt him kick. I felt him move. They kept me in the hospital for another day and I didn't sleep at all. I just remember feeling so empty. I remember looking down at my stomach and not feeling anything. I remember pushing down on my belly hoping by some miracle this was a dream. I went from him moving around in my stomach to nothing at all. My whole life stood still. I will never see him grow up. I will never see him take his first steps. I will never see his smile. I saw my mom blame herself because she passed the gene down to me. I saw my grandmother blame herself because she passed it down to my mom. I watched my whole family cry. Emptiness is so much sadness and so much pain. Emptiness is feeling like you failed as a mom because you couldn't protect your first child. It has been a long painful healing and I know that someday I won't feel this empty anymore because I will hold him again someday. And I really do believe that. It gives me relief knowing that Emmy has her brother looking after her. I know he knows how much he's loved. Emmy loves her brother so much. Landyn Gabriel, mommy's little penguin, you are so loved."

Butterworth explains that her own definition of the word “empty” has evolved since the loss of Walter, too.

“‘Empty’ means so much more to me [now] than it did when I first started this project,” she says. “‘Empty’ means filling the void of loss with connection and people that I love. ‘Empty’ means remembering that my wounds of losing my son aren’t covered up and forgotten; they are praised, loved, and worthy of showing. ‘Empty’ means that I have the knowledge and experience to be a caring and compassionate woman to others who know what empty feels like.”

Susana’s series tells the stories of people who have lost children through failed adoptions, miscarriage, disease, and more. While they are not easy pictures to look at, it’s worthwhile to honor these families by reading their stories. Her pictures accomplish a greater purpose: putting visuals to an all-too-common tragedy.

Thank you, Susanna, for using your artistic ability and bravery in a way that benefits many who need it. 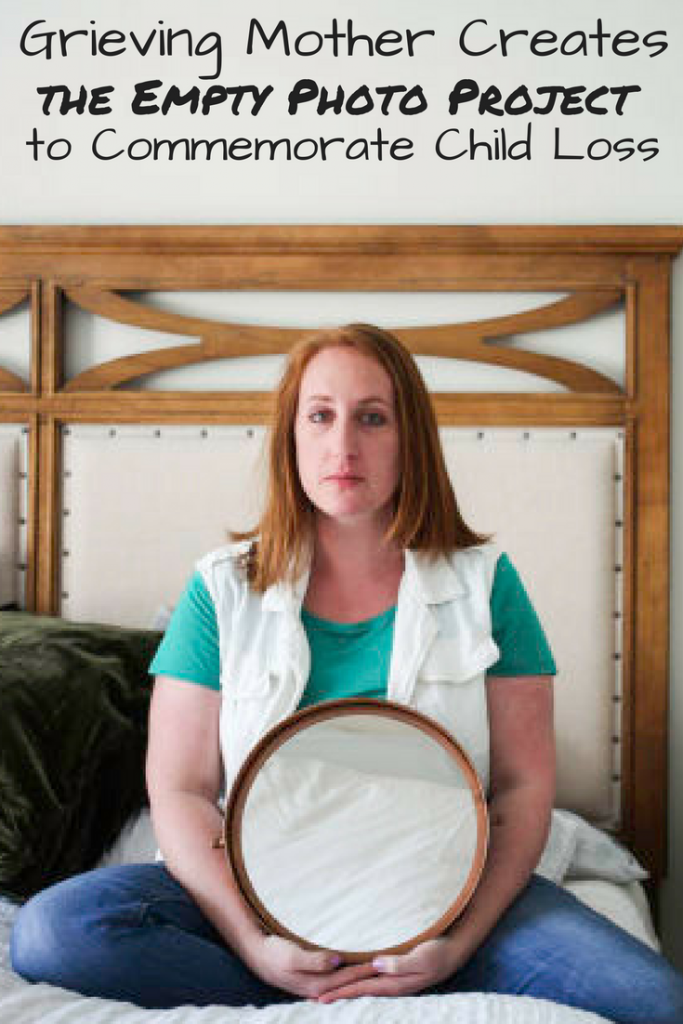