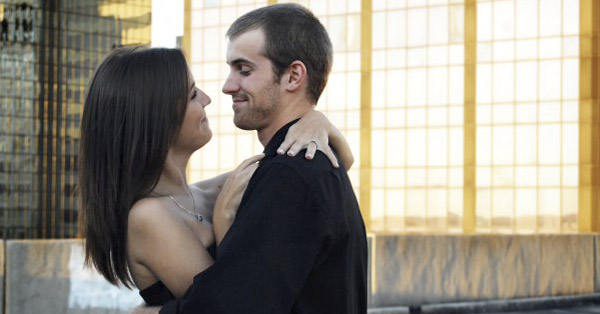 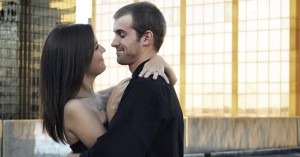 One of my husband’s favorite things to say when people ask us how long we’ve been married, after answering in years, is, “She was 20 when I married her!” It always brings a huge smile to his face, and subsequently, mine. I freely and fully admit that we were actually “babies” when we got married. I used to be so put off by the condescension of that statement when I was a newlywed, but now I can say, truly, we were so young when we made that commitment to one another. In a society that assumes we were either crazy or pregnant to get married so young (I can’t even tell you how many times people, strangers, have asked me if we got married because I was pregnant!), I want to share that we’re proud of what we have walked through as a couple in our short six years of marriage, and thankful for the opportunity to experience these pivotal times of life hand in hand.

Colin and I met when I was 18 and he was 19. I was in my first semester of college, and quite honestly, he took me by surprise. If you would have told me that this loquacious, outgoing, handsome guy would be my husband less than three years later, I would have laughed. But, over the next few years, we became inseparable, and after my junior year of college, we were married. It poured that day, the day of our outdoor wedding, and those two young, crazy-in-love kids had no idea what they were getting themselves into. What we did know, however, was that we were ready to be devoted to one another for the rest of our lives, through thick and flowing, we promised.

I consider it a great gift that we fell in love and committed to one another so young. Not only did we get to learn together- and I mean learning socially, spiritually, romantically, and otherwise- but we were able to digest what we were learning with one another as well. We processed ideas from our favorite classes together over coffee, even taking a couple of the same courses. Some of our very best friends to this day are mutual, because those relationships began and grew when we were together (some of them even pushed us together!). We watched one another deal with emotional struggles, which I value, because it means we were there for one another when we were becoming. That is not something we ever had to explain to each other in an abstract way, years after the fact. We understand, because we were there.

Because our relationship took place when we were first entering into adulthood, we had little baggage from past relationships. We both had only a very small handful of relationships prior to each other, but nothing long-lived. It was never love, and it was never deeply involved. We figured out the progression of our relationship together with no pretense or notion of what it should be. We were Colin and Rachel, and our relationship lacked insecurity or the peppering of ideas and expectations from any past couplings. I don’t at all buy into the idea of needing something to compare your relationship to so you “know what you like.” When it is glaringly obvious that you make one another happy, that you compliment one another, and that you value similar things; When you seek the wise counsel of others in your lives who approve; count the gravity of your commitment, and count yourself blessed to have found someone worth pledging yourself to for life.

We’ve weathered hardship and experienced inexplicable joy in our years together. Nearly a decade has brought graduations, job opportunities, out-of-state moves, losses and gains, adding children and growing pains too innumerable to count. There have been seasons of tears, doubt, and frustration where we wondered what we were doing wrong. But more than that, we have a home that is full of laughter, an abiding friendship, and a deep respect for one another. We both cling to the promises we made each other on our wedding day and every day since. What makes a successful marriage is less about age or status and so much more about the ability to grow into people who look out for one other’s best interest. So, in defense of our “baby” marriage, I am grateful, and will probably always smile when my husband tells people, “She was 20 when I married her!”

5 Comments on “The Gift of Young Marriage”