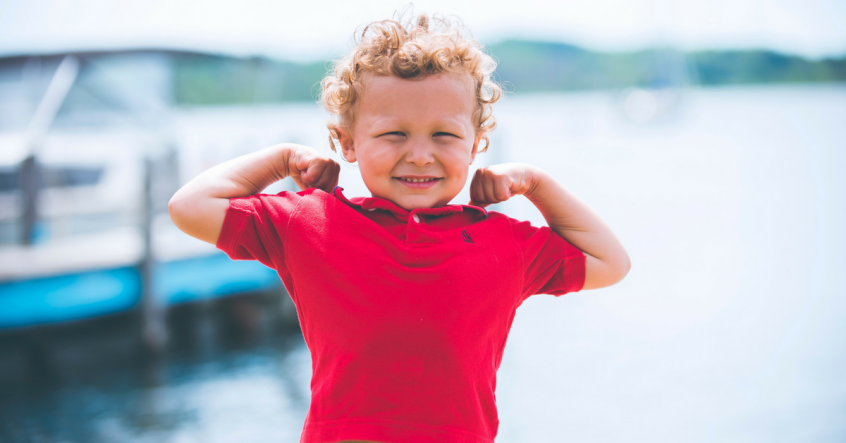 From the time I found out I was pregnant with our second child, our son, I was overwhelmed by the messages I was receiving about who he would be. I was already rolling my eyes at the lack of variety in little boys’ clothes compared to the huge selection of girls’ items, but it seemed nearly impossible to find onesies that didn’t have words like, “Macho”, “Tough Guy”, and “Heartbreaker” printed on them. I have even seen baby t-shirts referencing little girls in a way that made me squirm. Suffice to say, I am not a fan of this trend.

It’s obvious, even in this, that our culture exalts the strong, unfeeling, aggressive side of men, and does so beginning at infancy. On the contrary, though, biology suggests that our boys are actually less equipped than their female counterparts to deal with stress. Dr. Allan Schore, a clinical psychologist at UCLA, explains his findings in his most recent article, which appears in the Infant Mental Health Journal.

He submits that there are some major differences in the way male and female brains develop, even in the earliest stages of life. The right side of baby boys’ brains develop at a significantly slower rate than that of baby girls. They also have significantly less stress-regulating hormones than baby girls (even during gestation!), making them more vulnerable to environmental, emotional, and physical stressors. Dr. Schore believes that these vulnerabilities may be part of the reason why males are more susceptible to neuropsychiatric disorders, like autism, early onset schizophrenia, and ADD.

Baby boys also experience more frustration and more intense reactions to stress at the age of 6-12 months old, Schore says, and because of this, the mother-child bond is imperative for feelings of safety and trust.

So, the most important part: the takeaway. How do we best nurture our children in light of this evidence? To put Dr. Schore’s findings in layman’s terms, snuggle your little boys when they are scared or hurt. Don’t pat them on the behind and tell them to “shake it off,” and “toughen up.” Respond to them with listening ears, tight hugs, and responsiveness. Brush aside any notion that you’re ‘spoiling’ your child by piling on the affection. You’re doing your sons (and daughters, and society as a whole, for that matter) a great and loving service by teaching them what a safe, secure attachment looks like.