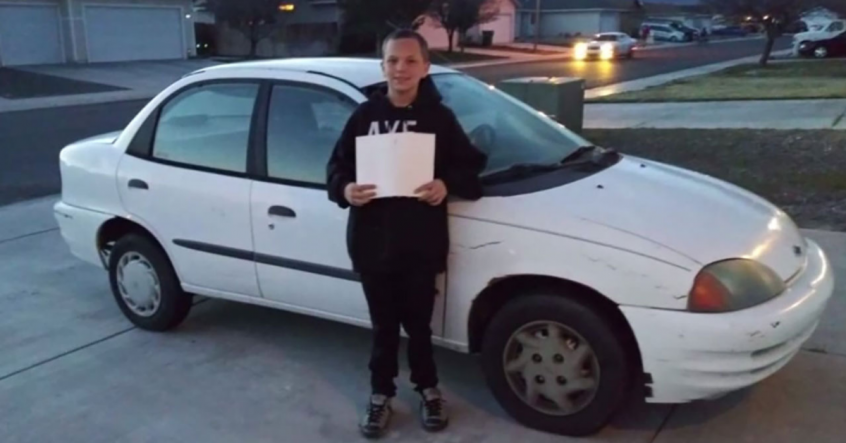 One solid truth of parenting is that you don’t do it in order to receive; it is, or should be, an act of giving, with no expectation of return.

Sometimes, though, your kids reciprocate the awesome amounts of love you’ve poured over them, and in those cases, it is truly exceptional.

Krystal Preston, a single mother from Fernley, Nevada, was the recipient of this rare type of thanks. After an unfortunate and unexpected situation, Krystal, who is a mother of three, found herself struggling to stay afloat; and with no mode of transportation, it felt like a losing battle.

That’s where her oldest son, William, came in. William is well-known in the community for doing house and yard work for families in order to earn extra money. When he saw a video on YouTube of a child making enough cash to purchase a car for his parents, he was inspired. “I wanted to do that,” he said. 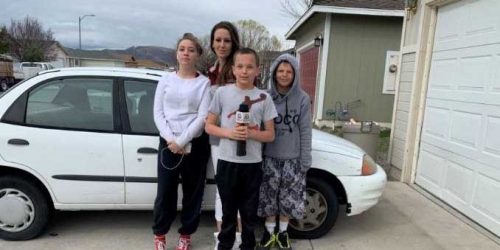 While scrolling through Facebook, he saw an ad where a woman was selling a 1999 white Chevrolet Metro.  “It was really cheap, so I asked her if I could trade it for my Xbox or earn it, and at first she said no, and then she thought about it, and then she said yes,” William shared.

According to his mom, William is a “lawn mowing, yard cleaning, money making machine,” so in order to seal the deal with the seller, he offered not only his Xbox, but additional yard and home services.

Obviously, when the young teen returned home not with pocket change but saying he had a motor vehicle for her instead, Krystal was in disbelief. When she went outside, though, the owner of the car was there waiting for her, ready for her to accept the paperwork.

“The fact that my kid did this, I’m proud, but as a mom I’m supposed to be able to take care of my kids, I’m supposed to do this, not the other way around,” Krystal said. We can imagine how difficult this turning of the tables can feel, although we also think that Krystal must be a stellar, loving mother to have so much support and respect from her son.

It’s safe to say we’re sure William Preston is going to do great things in his life with such a strong work ethic and a heart of gold!