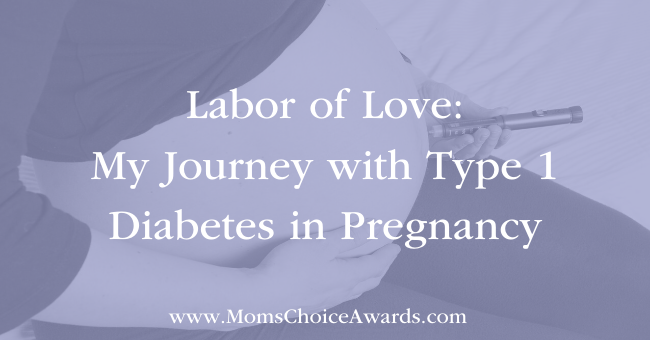 Labor of Love: My Journey with Type 1 Diabetes in Pregnancy – Resources to start the conversation about T1D 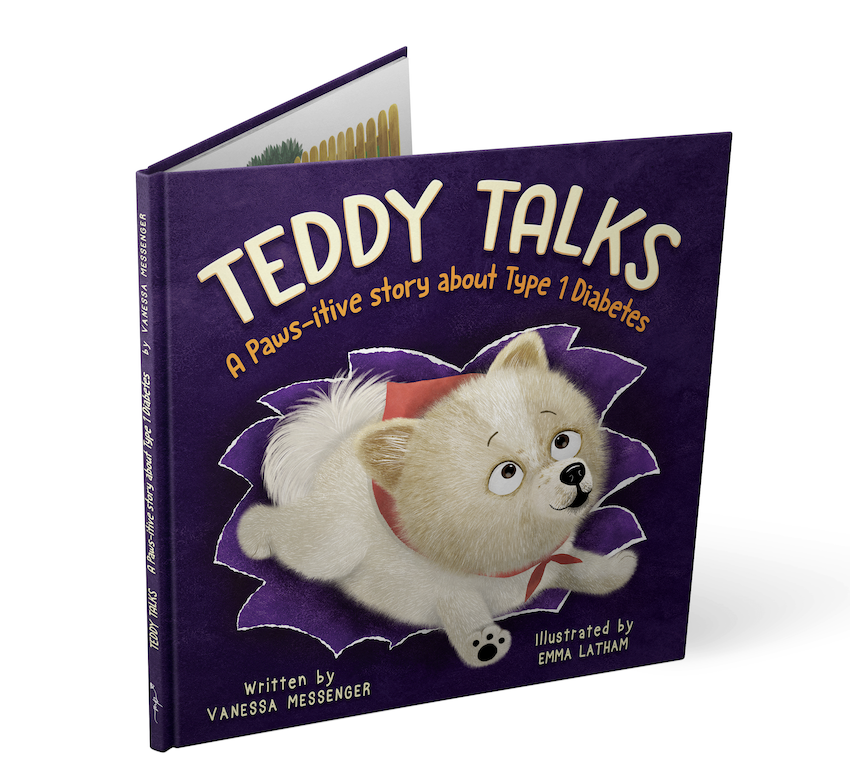 Everything started to go black around me and I became drenched in sweat as I handed over my credit card. Squatting on the floor in front of the cashier, I apologized as I weakly grabbed a Cherry Coke out of the mini-fridge and urgently took long swigs of it. The young guy behind the counter was concerned. You could tell he had never been in this situation before…and neither had I. I was 4 months pregnant and seemingly on the brink of unconsciousness. In front of a line full of holiday shoppers, I was experiencing a severe episode of hypoglycemia.

Just prior, I was sweeping through the aisles picking up last-minute supplies for my gender reveal while warding off an impending headache and the feeling of unsteadiness. I was desperately trying to grab my items, check out, and get to the stash of glucose tablets in my car so I could treat my low blood sugar in privacy.

I’ve always felt self-conscious of my condition because there are so many misconceptions about Type 1 Diabetes (T1D). It isn’t caused by poor diet or lack of exercise. In fact, there’s no known cause or cure for it. It’s an autoimmune disease in which the body becomes unable to produce insulin. Without insulin, the food remains in the bloodstream as sugar and cannot be used by organs to function. To manage T1D, I have to constantly check my blood sugar to ensure it’s not too high or too low and give myself approximately 5-8 shots of synthetic insulin a day.

As a Type 1 Diabetic, my pregnancy was considered high risk. Throughout each trimester, my blood sugars dramatically wavered due to fluctuating hormone levels. Although I had been administering daily insulin shots for the past 13 years, my body’s response to them had become unpredictable.

It’s not uncommon in your first few months of pregnancy to experience frequent low blood sugars. I was instructed to aim for blood sugar levels within a very narrow target range. Given the small margin for error, I constantly found myself afraid to eat because I couldn’t figure out how much insulin to give myself with every meal. Even without eating, my blood sugar would spike or drop depending on my level of physical activity, stress and hormones.

During this memorable hypoglycemic episode, I asked the clerk to hold my bags and gestured to my belly to indicate I was pregnant and needed to sit down. I was too out of it (and quite frankly, embarrassed) to even explain that I was a Type 1 Diabetic. I sat in between the set of automatic sliding doors on my winter coat and wiped the sweat off my forehead as I shakingly finished the bottle of Coke. Looking back, it was odd that nobody checked to make sure I was ok. But at the moment, I was relieved to be spared the uncomfortable interaction as I eventually made it back onto my feet.

While I worked to react against my volatile blood sugars, the stress of pregnancy mounted. I was about to enter my third trimester when suddenly the world stopped.

Pregnancy and the Pandemic

Rumors had swirled around the need to stock up on groceries and essentials because we were going into a lockdown. I never imagined living through history like this, and especially not while being pregnant. All of the excitement that normally comes with pregnancy turned into anxiety. The baby shower my mom and sisters beautifully planned was postponed twice before it was ultimately canceled and my husband was warned he might not be allowed in the delivery room with me.

A few weeks before my due date, I went into the hospital for my routine check-up with the high-risk clinic. I was surprised to hear that even though my blood sugars were well controlled, things could change quickly and all diabetics need to be induced no later than week 39 of gestation.

With this sudden change in the birth plan, I was admitted (thankfully, with my husband by my side), and was induced on a Tuesday night. I was in labor for 3 days and had so many wires, tubes and devices hanging off me, I felt like a marionette.

Although my family wasn’t allowed to come to the hospital, I FaceTimed them endlessly over those few days which kept my spirits up. Memorably, one of my video chats with my niece and nephews resulted in me laughing so hard that my water spontaneously broke while we were waiting for the doctor to rupture it manually.

Although my water breaking was a welcomed development, I wasn’t progressing fast enough. I spiked a fever and the doctors became eager to get my daughter delivered ASAP. At 10:00 am, I was told that if I wasn’t fully dilated in the next hour, I would be taken into the OR for an emergency cesarean section. When the doctors returned for my hourly evaluation, I began to feel a deep pressure. They checked and I was fully dilated, narrowly missing the threat of surgery.

At lucky 11:11 am, my daughter Monroe was placed on my chest after only 10 minutes of pushing. I was gradually released from the heap of monitors and IVs and a mental weight was lifted. All of the anxiety, stress, and emotions of the pregnancy led to this blissful moment as I cradled her singing the ABCs.

It was all worth it, and furthermore, it prepared me for the pregnancy of my son, Miles, a short 15 months later. Little did I know how similar the pregnancy would be…as we were still in the midst of the pandemic.

As my kids grow older and more curious, I’m anticipating lots of questions around our daily routine managing my diabetes. During my pregnancy with Monroe, I decided to create something that could help us have a positive conversation about my medical condition. Teddy Talks: A Paws-itive Story About Type 1 Diabetes is an inspirational, children’s picture book that includes a glossary of common terms and the main character with a Continuous Glucose Monitor (CGM). Most importantly, it shares an encouraging message: it is possible to lead a healthy and happy life with Type 1 Diabetes. My hope is for this book to inspire kids, with and without diabetes, to learn about the condition in order to promote inclusivity and an understanding that we are not defined or limited by Type 1 Diabetes.

From a mom who knows firsthand how challenging it can be to explain Type 1 Diabetes, here are some tips for starting the conversation:

About Teddy Talks: A Paws-itive Book about Type 1 Diabetes

Teddy isn’t your average fur-iend…but neither is Emily! When she was first diagnosed with Type 1 Diabetes, it all seemed overwhelming. But now, the pair never lets anything stand in the way of every day adventures…and they can teach you how too! Sit, stay and come along as Teddy Talks about the healthy daily habits he and his human Emily make together. In this fetching tale, Teddy shares how it is easy to find the bright side when you’re looking for it. After all, a little paws-itivity can go a long way! Both educational and inspirational, Teddy Talks: A Paw-sitve Story About Type 1 Diabetes is a must-have for any child.

Vanessa Messenger
Vanessa Messenger is a Mom, a Product Lead at Google, and considering she’s been a Type 1 Diabetic since 2010…she’s also a full-time pancreas! With her background in Psychology and Broadcast Communications, she’s always been impassioned by creating a connection with people through Storytelling. After receiving so much support and encouragement from the deep-rooted community of “diabuddies,” she was determined to help create that same sense of belonging and connection for T1D kids through Teddy Talks. 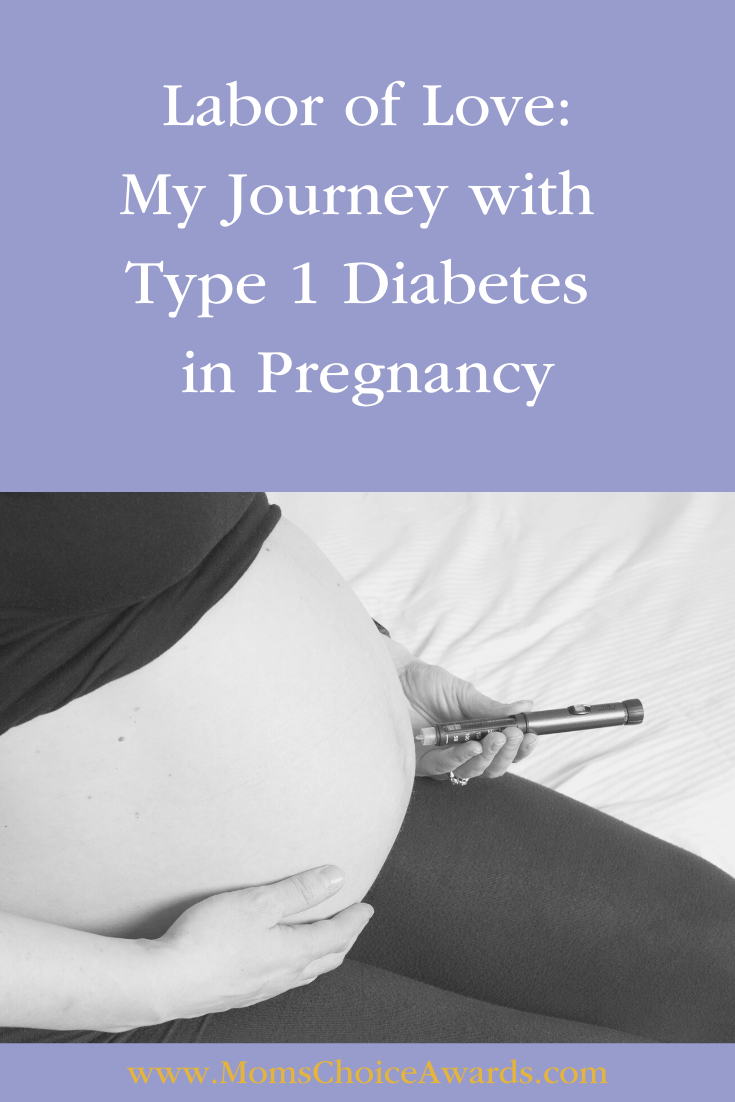 One Comment on “Labor of Love: My Journey with Type 1 Diabetes in Pregnancy”