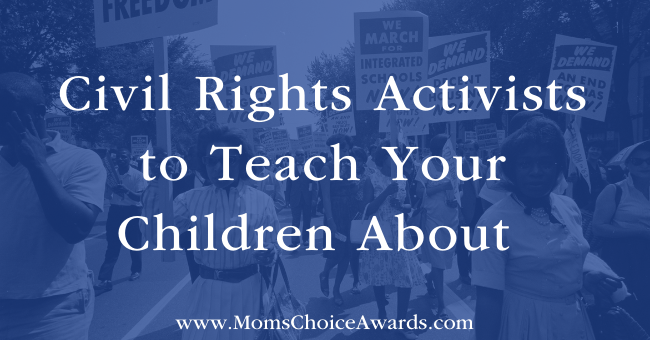 Rosa Parks once said, “You must never be fearful about what you are doing when it is right.” With February comes Black History Month, a time to remember and honor the courageous individuals who fought for equality and freedom – even in the face of harsh adversity. Teaching your children about these amazing civil rights activists is a must in order to show them how important it is to fight for what you believe in and what is right.

The Civil Rights Movement was full of so many amazing men, women, and children, so it can be hard to know where to start when teaching your little one about civil rights activists. When thinking about Black History Month, many people think about Martin Luther King, Jr., Malcolm X, and Rosa Parks – all of whom were amazing individuals who inspired millions of people – but may not discuss some of the other wonderful leaders who championed the fight for freedom.

In order to help you begin the conversation this Black History Month, here is a list of some of these amazing activists and the courageous ways they helped contribute to such an important cause. 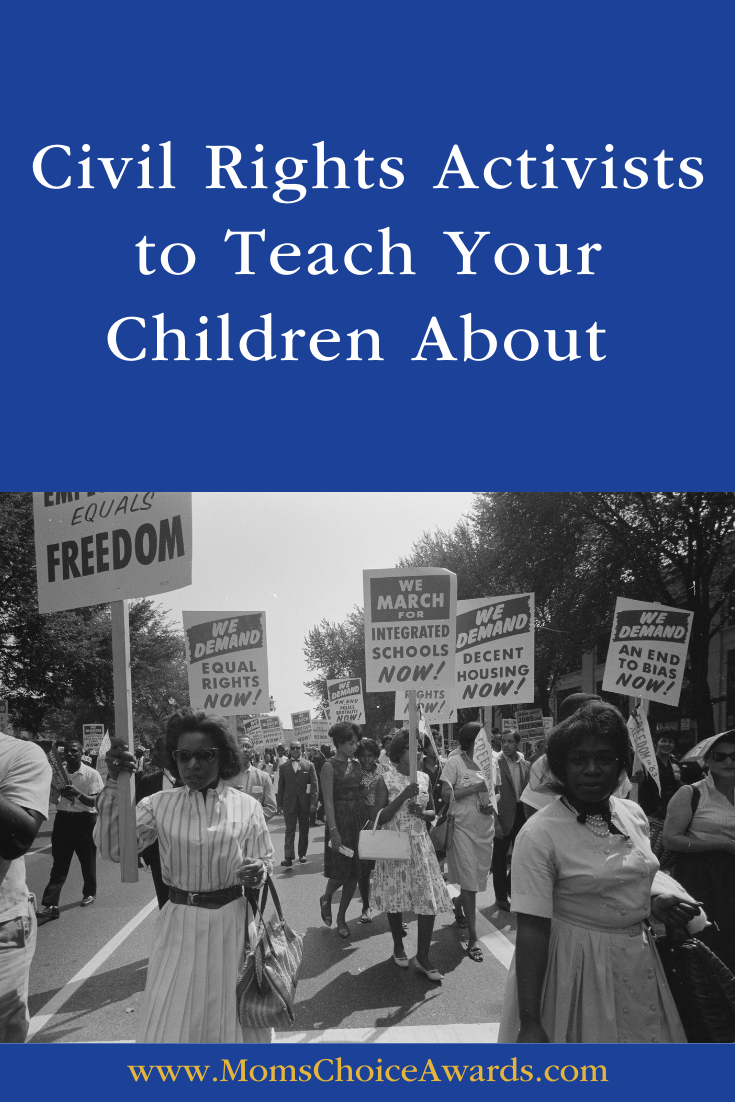 One of the most famous civil rights activists, W.E.B Du Bois was the cofounder of the National Association for the Advancement of Colored People (NAACP) and wrote extensively on the subject of African American rights. He was an influential spokesperson for the civil rights movement, fighting for full and equal rights for all people. He also founded the magazine “The Crisis,” which advocated for protests and fighting against the societal norms that kept races separate and segregated.

Ella Baker is one of the most amazing civil rights activists, serving as a secretary and branch director of the NAACP and a cofounder of an organization that worked tirelessly to raise money to fight racist Jim Crow laws. She helped organize Martin Luther King Jr.’s Southern Christian Leadership Conference and its efforts. She was also the founder of the Student Nonviolent Coordinating Committee, which prioritized nonviolent protests. Baker helped aid in Black voter registration and in organizing the 1961 Freedom Rides.

One of the lesser-known civil rights activists, Jo Ann Robinson was an Alabama professor who made it her life’s mission to end the segregation of the city’s buses. She had already begun building the foundation for a bus boycott, but it was the arrest of Rosa Parks that pushed her into action. A one-day boycott quickly turned into a fight that lasted months, led by the Montgomery Improvement Association. Robinson was one of the prominent leaders of the MIA and was a major contribution to the 1956 Supreme Court ruling that stated that segregated buses were unconstitutional.

An inspiration to civil rights activists everywhere, Whitney Young Jr. was the head of the National Urban League, which fought for racial integration and the economic empowerment of African American citizens. He was responsible for the organization’s overall expansion and for overseeing the pursuit of racial integration in corporate workplaces. He was widely respected and became a presidential adviser for Lyndon B. Johnson, John F. Kennedy, and Richard Nixon.

Bayard Rustin was one of the most inspirational civil rights activists, widely known for his involvement with nonviolent, peaceful protests and pacifist groups. He was an adviser to Martin Luther King, Jr. in the 1950s and 1960s, and worked hard to help organize the various protests and efforts of the civil rights movement. He continued to fight for equality and freedom throughout his life despite being arrested on multiple occasions for his civil disobedience.

One of the most famous female civil rights activists, Mary Church Terrell used her privileges as a member of the upper-class African American community to promote education, activism, and equality. Terrell’s father was one of the first Black millionaires in the South, giving her a status and background that helped her promote and fund her activist efforts. Terrell co-founded the NAACP and the National Association of Colored Women.

Nelson Mandela was one of the most prominent civil rights activists in South Africa, fighting against racist governmental policies and working with anti-apartheid movements to bring equality and peace to the country. He was imprisoned for 27 years for his political offenses but won the Nobel Peace Prize in 1993 for his efforts in trying to end the apartheid system. He became South Africa’s first black president in 1994 (at the age of 74) and served as president until his retirement in 1999.

One of the most influential civil rights activists and suffragists of the 20th century, Ovington worked as a young woman to help change the employment and housing problems plaguing the African American community of Manhattan. She helped establish Brooklyn’s Greenpoint Settlement and the Greenwich House Committee on Social Investigations. Not to mention, she helped establish the NAACP, setting up a conference with author William English Walling to discuss civil rights for Black Americans. She was also an inspirational spokesperson and delivered a series of speeches at various colleges in order to help Black students learn about the NAACP and how it was fighting to end racial inequality in America.

One of the civil rights activists that were taken from this world well before his time, Medgar Evers worked for Mississippi’s NAACP – the first state field secretary for the Southern state’s branch of the group – until his assassination in 1963. He assisted in organizing voter registration efforts and investigating hate crimes aimed against African American citizens. He was assassinated outside of his home, and in 2017 President Barack Obama named Evers’ home a national historic landmark.

One of the youngest civil rights activists on this list, Ruby Bridges was the first African American child to attend and integrate an all-white elementary school in the Southern United States. She was only six years old when her bravery and inspiring act became an important milestone for the Civil Rights Movement. Though she faced oppression and violent mobs who were against her integration into the public all-white school, Ruby Bridge’s courage showed thousands of Americans that even a young individual could make a difference.

Do you know of other Civil Rights Activists that we need to teach our children about? Tell us in the comments!

2 Comments on “Civil Rights Activists to Teach Your Children About”