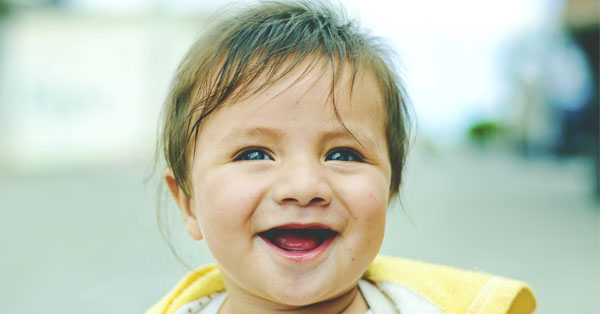 Don’t freak out if you catch your child head-banging, echoing others words’ or hand flapping. Yes, those are symptoms of autism, but they don’t define your child as having an autism spectrum disorder (ASD). Every regular developing kid will do many of the same things that autistic kids do at some point. Many “autistic” behaviors are part of normal development and are simply stages kids go through as their nervous system wires itself for adulthood. People with autism just stick with some of these behaviors for too long or do them too often. 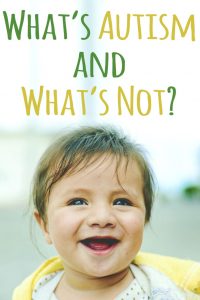 Kids with ASD have a different operating system than other children. What’s even more complicated is that children with autism can be vastly different from one another, which is why its’ called a “spectrum”. But at the very heart of autism, all kids on the spectrum have a few things in common: they have abnormal social interaction and restricted, repetitive patterns of interests.

That’s because lots of other diagnoses have symptoms that look like autism, but are nothing more than a similar looking manifestation with an entirely different root cause. For example, ADHD can look like autism because ADHD symptoms include inattentiveness and impulsiveness. So if a child is inattentive to language and other social cues, they may seem to have autism. But really they have attention problems.

Getting an accurate diagnosis is essential, because the treatments are so different. Kids who have a suspected diagnosis of autism often turn out to have anxiety, a language delay, or selective mutism (the inability to speak in certain situations, but able to speak in comfortable environments).

Parents are extremely accurate when they have concerns about their child’s development. So if you are worried, your concern is probably valid. However, the issue is most likely not what you fear. So talk to your pediatrician. In the meantime, your child probably does NOT have autism if he or she: 7 Comments on “What’s Autism and What’s Not?”