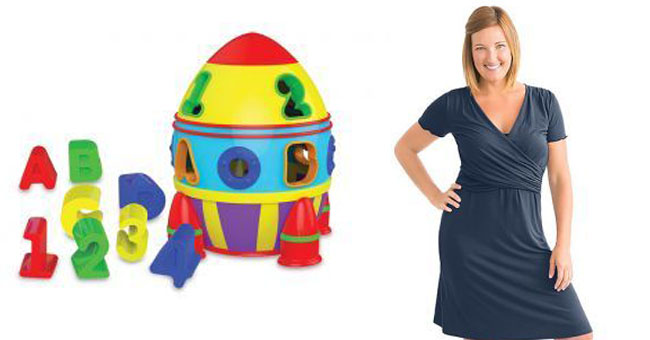 Every week, companies, inventors, publishers, and developers from around the world send us their products. We pair them with families, parents, and educators for evaluation. Only the best products earn our award!

For more information about a product or service below, click the product image or purchase link.

Wonder Crew® combines the adventure of an action figure with the emotional connection of a stuffed animal to give children a best friend! He’s an awesome sidekick and confidant who will go everywhere your child goes…there’s limitless action-packed, loving, imaginative times ahead! The 15″ buddy has a smooth vinyl head, arms and legs, and a soft huggable body! He comes with a superhero outfit, cape and mask, plus a matching cape and mask for the child because it’s “adventure through friendship!”

Three young horse brothers lose their house to a fire and are left totally alone and thrust into the reality of having to depend on themselves and each other against a bully donkey. The bully donkey wanders the forest wrecking homes and bullying the other animals. This warmhearted tale promotes strong values and has a fun premise. Written and humorously illustrated in vivid color, the story is a proven winner for reading aloud to children. The book is also available in Spanish (los tres caballitos Y el burro bravo).

A terrible dragon is attacking the medieval Land of Aldon. And when all hope seems lost, a young knight offers to battle this beast. But this is a most unusual knight, one like no other, and with the bravest of hearts. This knight proves that courage and the will to succeed can allow one to achieve anything they set their hearts to. For it is not what you are, but who you are inside and the choices one makes in life that defines you.

The Seasons of a Giant
Written by Pamela Hartley

Isabel Margaret LaDuke was a designer of couture bubble bath fashion until she inhaled her bubbly choker and hurled. She was also the greatest hunter of all time until she realized her arrow only flew from her fingers to the ground when it’d fall off her bow. But in the face of many fails, Izzy had one sterling attribute, unbridled bravery. And now, she’d have to prove it because Izzy had a giant problem. Literally.

In brave pursuit of a cattle rustling monster, Izzy finds herself smack-dab in the middle of Behemorph Territory: home to giant, shape-shifting monsters who eerily melt into their surroundings to stalk their prey, her Groundling people. Izzy must befriend the very monster (Boone) she fears, for only he holds the key to returning her home alive. As the two unlikely heroes confront terrible creatures and deadly enemies, Izzy will learn a lot about Boone—and she’ll discover her own incredible potential. And to make matters worse, her disappearance has caused an impending battle between the Groundlings and a savage, Icelandic tribe of Behemorphs bent on the decimation of her race. But in the end, Izzy will have to choose: rescue the monster she’s grown to love, or return home to save her people from a disastrous attack.

This wonderful nightgown was designed with comfort, style, and function in mind. Once you feel the softness of this nightgown, you will reach for it time after time during pregnancy or during those long nights of nursing! Be sure to pack it in your hospital bag. It also makes a perfect baby shower gift! Mothers you could wear this nightgown out on a date it is so cute. The two-layer top design is a cinch to nurse with. The Angelina nightgown is stretchy enough to simply pull down for night feedings; you also have the option to split the two layers and nurse more discreetly when company is around or if wearing it out. This nightgown also has the added comfort of no elastic bands going all the way around your chest (unlike other nursing nightgowns). Made from ultra-soft Modal that stays cool to the touch so you don’t get too hot on those warm summer nights either. Pregnant moms, you’ll love these!

Telestrations is the award winning party game where players simultaneously draw what they see, then guess what they saw to reveal hilarious and unpredictable outcomes. It’s miscommunication at its best! No drawing skills required; stick figures & a sense of humor welcome!

Rollers® is the fun new dice game of fast rolling, quick combo making, and collecting chips! Race to be the first player to fill up your game board by “opening” and “closing” your game board sets. The better your roll, the more chips other players have to pay up! Wild Stars will help you make your sets, but beware the dreaded Zap that cancels your roll. With Rollers, the first player to score 5 points wins!

Your toddler will have a blast with the new Rocket Shape Sorter! With the ABC and 123 cut outs on the top and sides, your little one will get lots of practice beginning to learn about the alphabet and numbers and where they fit. The shapes also conveniently store inside the unit. Ages 12+ months.

NEATLINGS has completely rethought the chore chart & created a modular, customizable system that will have your kids excited to do chores; it has everything you need to create the perfect chore chart for your family no matter your kids’ ages or abilities!

Ice Cool is a family game and the first flicking game with pieces that curve and jump. It stands out with two major innovations: flicking techniques and a Box-In-A-Box setup.

The theme of the game is a school of penguins. It takes you to an undisclosed penguin school, where rascal penguins have decided to skip class and sneak some fish. But not so fast – the hall monitor is on their tails! The idea is to catch a fish or a penguin.

The game is for 2 to 4 players from 6 years and up and it takes about 30 minutes to play.

Flip a card and then spin the wheel to find its matching icon in the windows. Make sure to pay attention and search quickly- it’s a race! Spot the match before your opponents to win the round. 6 double-sided wheels, 100 icon cards, 3 levels, and 6 rules to play create challenging searching fun for all ages.

In the enchanted land of Horse Valley it is a perfect day to go kite flying! Horse brothers Jack, Max, Lax, and their friend Donkey decide to get creative by putting together their own homemade kites. However, Donkey’s kite doesn’t turn out very good. No matter how hard he tries to get it to fly, it just keeps tumbling to the ground. How will poor Donkey get his kite to fly? Well, a friendly goose named Gusty is delighted to help him out. In this Horse Valley Adventure, Donkey learns not to give up when all seems hopeless. They all learn a lesson about helping others and true friendship.

Buzzy and Thomas Move into the President’s House
Written by Vicki Tashman; Illustrated by Fatima Stamato; Edited by Susan Krawitz

It’s 1801 and life is good for Buzzy, or so she thinks. Buzzy lives with Thomas Jefferson at Monticello, but her life turns upside down when Thomas tells her that they’re moving to the President’s House. Buzzy doesn’t want to move. What will she do? This enjoyable early chapter reader for ages 4 – 8 teaches kids about President Jefferson, the new breed of dog he brought home from France and confronting issues about moving. Historical fiction at it’s best: learning from the pets of famous people in history.

The Baby Zala is a mother’s miracle! This multi comfort solution gives flexibility to you and your little one’s every need. From the moment they arrive, to their first steps, the Baby Zala grows with your baby. Starting from birth, the “swaddle position” snuggles newborns tightly, creating their familiar secure environment. As they feed frequently during the first few days/weeks, Mothers can enjoy private feedings with a supportive nursing pillow ANYTIME, ANYWHERE. As Baby adventures into different positions, the Baby Zala provides comfort while your little one explores. When on the go, it rolls up into a travel bag. This is the first device ready and geared for travel. It’s high-end super soft fabric is the top of the line for a fluffy and snuggly feel. When babies just want to curl up, kick back, or snuggle into its softness the Baby Zala is ready. This all-in-one product eliminates house clutter, meets mother’s EVERY need, whether at home or on the go. The Baby Zala is a mothers MUST!

ABC’s with Me!
Written by Jeanette Bahn; Illustrated by Donna Farrell

Read Your Story is an innovative children’s book publishing company that takes personalized books to the next level. In just a few clicks, you can create a professional-quality printed book featuring your child’s name and face throughout.

ABC’s with Me!, is perfect for engaging early readers. As an astronaut soaring through outer space to visiting the zoo, children will enjoy seeing themselves and hearing their name in their very own book, all while learning their letters.