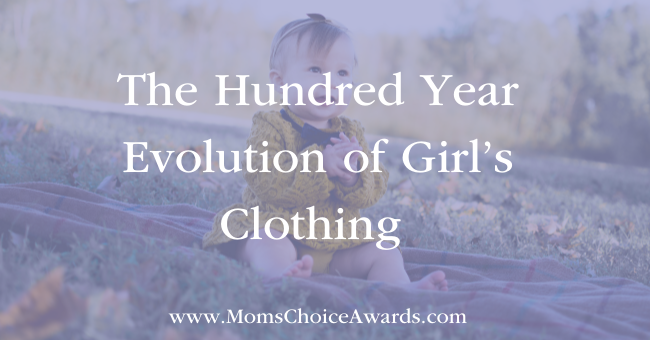 Fashion styles change with each decade, and girl’s clothing is no exception. From Shirley Temple ringlet curls and frock dresses to brand-name athleisure marketed directly for children, girl’s clothing has seen a drastic evolution over the last hundred years. With the approach of spring and fashion season, here’s a fun, in-depth look at the evolution of girl’s clothing since 1910! 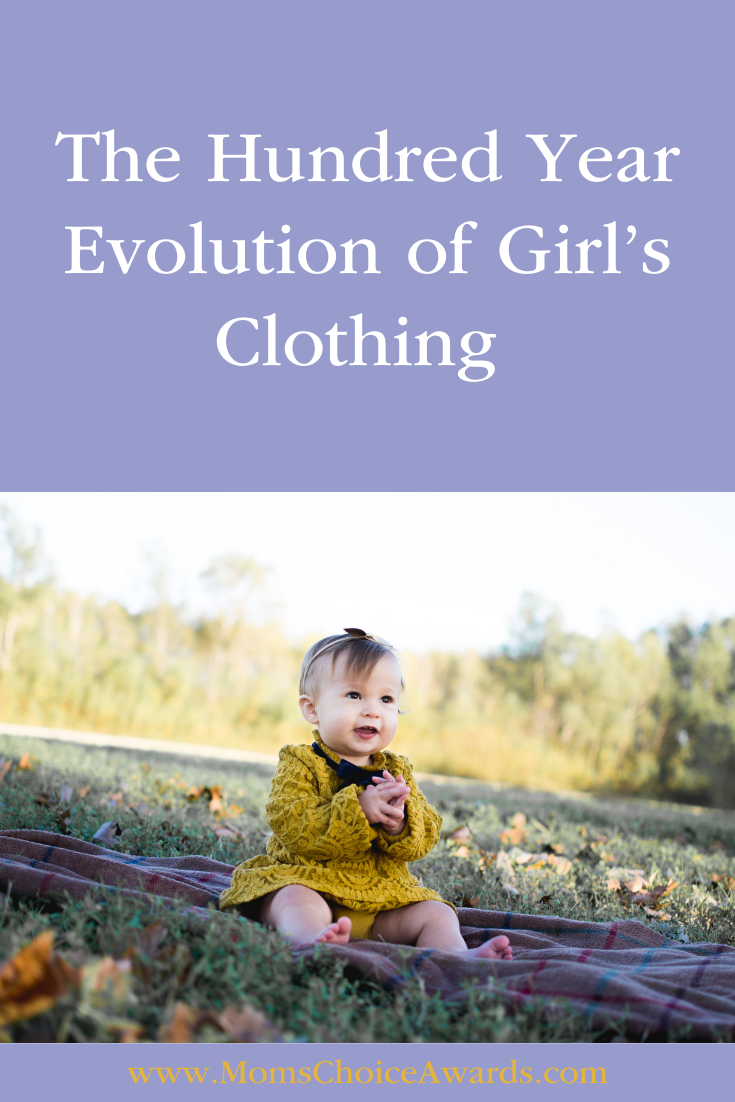 Girl’s clothing in the early 1900s primarily consisted of dresses in shades of white and ivory to symbolize the innocence of children. Fashion was primarily unisex, so both girls and boys wore these “pure” dresses. Due to wartime rationing, there were fewer embellishments on children’s clothes, mainly just lace details and light embroidery.

In the 1920s, girl’s clothing saw a rise in bright colors and fun patterns as the rationing of World War I came to an end. Ready-to-wear clothes began to become more common, as did “gendered” clothing. Girl’s dresses became shorter and simpler, usually worn with long stockings and accessorized with ribbons. Meanwhile, boys began to wear knee-length trousers throughout the year, and during school, boys wore ties and suit jackets as part of their uniforms. Interestingly enough, during the 1920s color gendering also became apparent, but pink was usually considered a boy’s color, while girls wore blue.

The rise in Hollywood’s influence over society also slipped into the changes in girl’s clothing at the time. Imitating the ringlet curls and collared frock dresses of Shirley Temple became popular in children’s fashion, pairing these simple dresses with plain flats with buckled straps. Zippers also came into popularity and provided a sense of self-sufficiently as children became able to dress themselves without any assistance.

Once again, World War had a great impact on girl’s clothing as rationing resources made fabrics a limited commodity. Clothing began to be designed for sustainability and became more utilitarian, as the ideology of making your own clothes to “mend and make do” became prominent once again. We also see a shift in gendered colors, as the now traditional idea of “pink for girls, blue for boys” became popular public opinion.

Girl’s clothing in the 1950s saw a rise in turning aprons and pinafores into accessories and aesthetics rather than just for maintaining cleanliness when cooking or cleaning. Dresses began to imitate the style of aprons in their designs. At the same time, the idea of jeans began to become popular among children, as boys were able to begin wearing them to school, and the previous necessity of collared shirts and neckties was only recognized for formal occasions. Girls were even allowed to wear jeans sometimes, though dresses were still the primary attire for young ladies. Poodle skirts, sneakers, chiffon scarves, and plaids also came into style during the decade.

During the 1960s is when the idea of “back-to-school shopping” started being super popular, as it became the second-highest-grossing sales season for retailers after Christmas. Children’s clothes came to be personally tailored more often in order to comply to dress codes set by schools. At the same time, popular looks emphasized shorter skirts, ponchos, and knee-high boots. Some stylistic icons of the decade were The Beatles, the Kennedys, Elvis, and Twiggy.

Girl’s fashion of the 1970s followed the path set by the Brady Bunch and disco. Pants became more popular for girls, losing their previously “masculine” connotations. Girls also began to wear more traditionally masculine colors, like blue, bringing about a decade of more unisex fashion. Clogs and platform shoes gained popularity, as did knee socks and shirts with oversized collars.

Marketing children’s clothing on television began to become more prevalent in the 1980s, as children aimed to imitate the looks of their favorite television characters. Girl’s clothing began to resemble the look portrayed on TV by child stars like Punky Brewster, with an emphasis on oversized, bright clothing and pigtails. Jelly shoes also became the must-have of the ‘80s, along with big hair, roller skates, leg warmers, and scrunchies.

Girl’s clothing of the 1990s became more gendered once again as retail brands began to sell more explicitly feminine and masculine styles. By doing so, clothing stores were able to minimize hand-me-downs and swaps between boys and girls. Style icons of the 1990s were Mary Kate and Ashley Olsen, and popular fashion consisted of flared jeans, chokers, crop tops, and overalls.

As children began to grow as fashion influencers on their own with contracts with name brands, girl’s clothing transformed to match the styles of icons like Jojo Siwa. Children began to imitate the looks of other young influencers they saw on YouTube or Instagram, and athleisure looks became popular with both kids and adults. Older fashion trends also came back into style, such as flare jeans, Converse, leggings, and chokers.

Have any other factoids about the evolution of girl’s clothing? Be sure to share it with us in the comments!