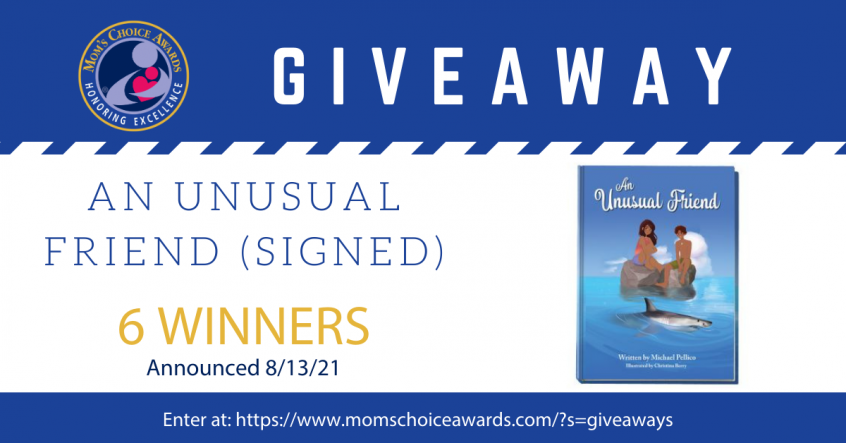 We are giving away signed copies of the award-winning book “An Unusual Friend” by Michael Pellico to 6 lucky winners!

This is an unusual and touching story about compassion, friendship, and a special bond that forms between two siblings and an unlikely predator, a great white shark. Brother and sister, Stephen and Sabrina, are on a tropical island in the South Pacific with no friends and months before school starts as their parents, marine biologists, conduct research.

After a big storm hits the island, Sabrina and Stephen discover a baby great white shark that was injured and trapped in a tide pool. After grabbing supplies to treat the injured baby shark, Sabrina jumps into the tide pool and dresses its wound. Over the next couple months they feed and care for the baby shark until it was well and together the children carried it over to the shore and released it into the sea.

Eventually the children stopped seeing the shark altogether and thought they would never see him again. That is, until one day the children witness a shipwreck and attempt to save the frightened people who were screaming and had jumped into the water. Unfortunately Stephen and Sabrina’s boat also capsizes and they find themselves surrounded by sharks. Then out of nowhere an enormous adult great white shark appears and protects the children from harm. Recognizing the shark immediately the children are delighted to see their unusual friend and make it back to shore along with the passengers of the shipwreck.

An Unusual Friend is a welcome change of pace that portrays one shark as a sensitive and intelligent creature. This book encourages a love and respect for ocean life and compassion for beings other than humans. The story shows that helping others can bring both happiness and unexpected rewards for good deeds. An Unusual Friend nurtures in young readers a compassion for creatures and a love for science and marine biology. This book earns a spot on the shelves of any sensitive and science-minded children, shark fans or budding marine biologists.

Written by Michael Pellico and Illustrated by Christina Berry. These beautiful illustrations of island life together with this positive heart-felt story inspire respect for the ocean and the caring of creatures.

Enter for your chance to win this giveaway using the widget below!

You are only required to subscribe to our Mom Knows Best newsletter and visit our Facebook page in order to enter the giveaway. There are also several optional entry methods that can increase your chances of winning.

You can view our giveaway terms and conditions here. If you have additional questions, please email us or ask in the comment section below. 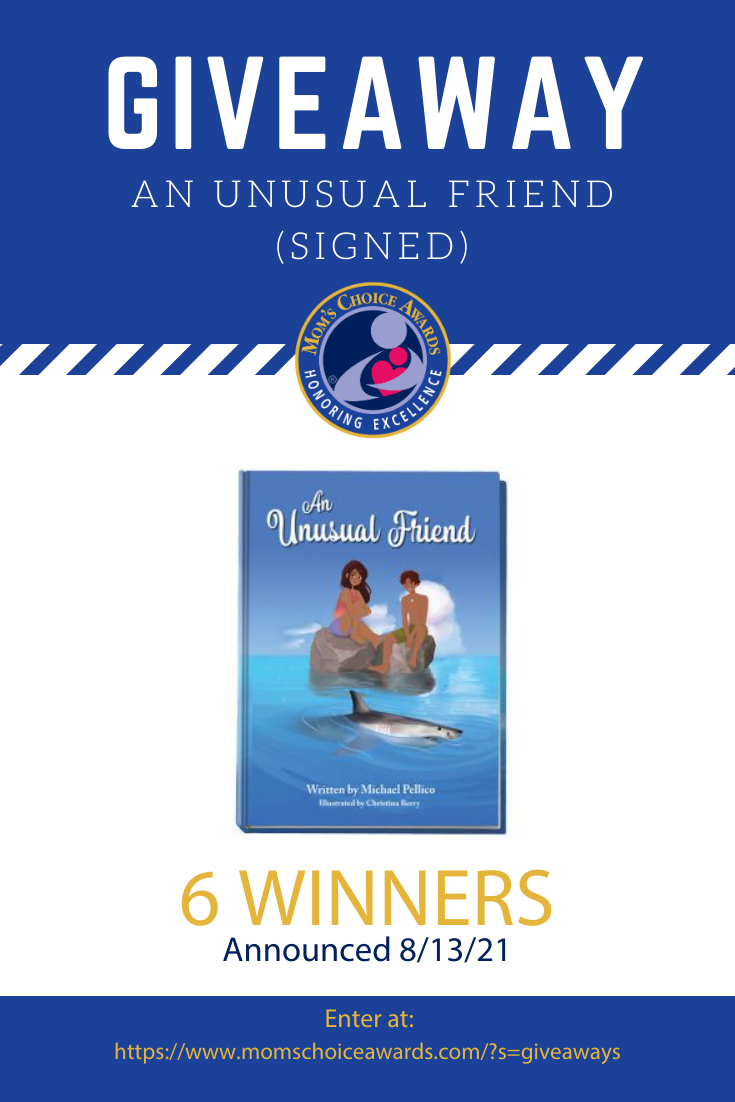