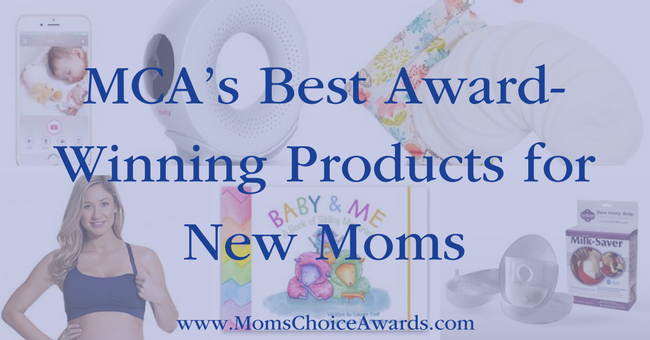 Being a new Mom can be overwhelming and stressful to say the least. So many questions and so many people giving you unsolicited advice on what's best for you. We aren't going to pretend to know how to be the best parent or try and tell you how to, but one thing we do know a bit about is family friendly products. That's why we've compiled a list of award-winning products to help make your transition into motherhood a bit easier with these essentials for new moms! Click on the images to view these items in our store.

Did we mention that we are also offering all of these items for free in our New Moms Giveaway Bundle?! Over $400 worth of MCA award-winning products! Giveaway ends May 7th, 2018, so hurry and enter for your chance to win! 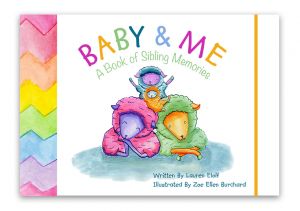 Baby and Me a Book of Sibling Memories
by Lauren Elolf

Bringing home a new baby is a fun and exciting time, but it can also be a transition, especially for a firstborn child. Intended to promote a positive sibling relationship and designed to foster reading and creativity, Baby & Me is a story about a second child's arrival - from the rush to the hospital through the first year of fun. The story prompts activities to create and capture memories with both of your children while keeping your firstborn engaged and excited about their new sibling. The book is meant to be personalized by the firstborn child as each page allows for photo additions, is crayon and marker friendly, includes silly sheep face stickers and also has lines for handwriting practice...ultimately creating the perfect keepsake for their baby brother or sister.

Cotton Candy is an essential required throughout every pregnancy. This luxurious quality double layered sleep and yoga bra is supportive without restriction. Cotton Candy features T-back (racerback) design and closely constructed straps provide a snug fit and ensures the straps stay on while sleeping or whilst undertaking light activity. Knitted from a dense yarn to provide comfort, you won't want to take this bra off! Cotton Candy is a Go To bra when pregnant and right after post natal (from day 1) as it allows breast fluctuate. 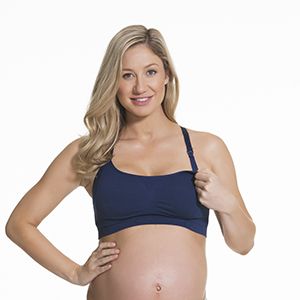 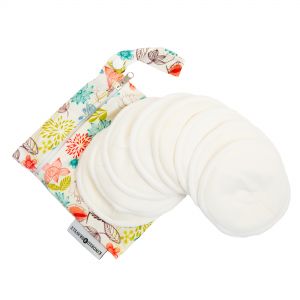 The Kindred Bravely ultra-soft, hypoallergenic, Bamboo Nursing Pads include an adorable carry bag for easy storage and discretion. The highest quality reusable nursing breast pads that you can buy! Softer, more absorbent and durable than cotton. Super absorbent with a waterproof layer. Sized to fit perfectly in Kindred Bravely nursing bras.
Instructions for Use: Place soft (looped) bamboo side against your breast, with a waterproof layer (flat) next to bra. Change pads frequently to prevent moisture
Care Instructions: Breast Pads - wash before use; machine |wash warm and tumble dry thoroughly. No need to use fabric softeners or dryer sheets. Bamboo will actually get softer and softer with each wash!
Carry Bag – hand wash bag as needed/lay flat to dry. Waterproof - perfect for carrying wet pads!

Discover the incredible world of DOLCE – Develop, Observe, Learn, Create and Educate! Magformers LLC is expanding into new categories for 2017 and is proud to introduce this line of beautifully crafted plush toys that encourage your baby to develop sensory skills with a wide variety of sensory fabrics; observe all the beautiful colors and explore the world with soft mirrors; learn to understand cause and effect through many interesting activities; create fun and educational role play; and let the beautiful, interesting activity-rich Dolce toys educate through play. 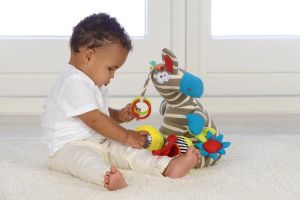 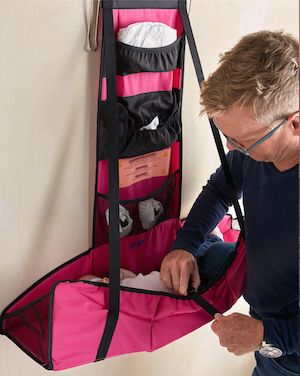 The award winning Baby Change-N-Go is the only handy, mess-free portable changing station on the market. It is a portable diaper changing station that hangs from public bathroom stall doors/walls and when not in use folds up to fit in your diaper bag/backpack/stroller. It is SAFE (tested well beyond the advertised 40lb limit), CLEAN (no more dirty changing stations), PRIVATE (can be used in the privacy of any stall) and COMPACT/PORTABLE/LIGHTWEIGHT (weighs 2.68 lbs and folds up easily). With its easy use and multifunction design parents and caregivers can say goodbye to nasty bathroom changing tables and public germ-ridden spaces and say hello to comfort and cleanliness.

The iBaby Care M2S Plus is a fully equipped baby monitor that gives you the peace of mind you deserve. Keep your family safe and sound with our 1080p HD Wi-Fi wireless video, 2-way audio speakers, smart alerts and sensors and a wide variety of music, lullabies, bedtime stories and white noises. And best of all, you can give unlimited access to family members and friends so they can access the video feed and the smart features included with the iBaby Care M2S. 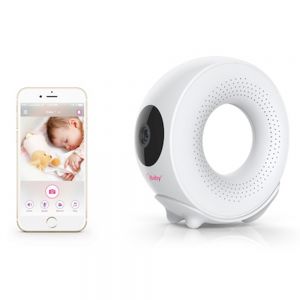 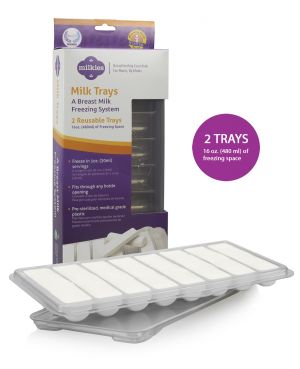 Let's face it - pumping and storing breast milk takes effort. It is a labor of love, of course, but hard work nonetheless. But, if pumping and storing your breast milk helps you reach your breastfeeding goals and allows your child to have your breast milk for as long as possible, it is worth every bit of effort, right? Milk Trays, a breast milk freezing system, can help to make this chore easier. At first glance, Milk Trays look similar to typical ice cube trays. But, take a closer look and you will see that Milk Trays are much, much more. Unlike ice cube trays, Milk Trays are specifically designed for expressed milk. Most importantly, Milk Trays are made from PET plastic, a food-safe plastic that contains no bisphenol-A (BPA), phthalates, or dyes. Milk Trays freeze your milk in 1-ounce "Milk Sticks" that fit through ALL bottle openings and allow you to thaw just the right amount of milk for each feeding - so that not a drop of your "liquid gold" goes to waste. Milk Trays have fitted lids that protect your milk while it freezes and allow for space-saving stacking in the freezer, and the trays are flexible enough to allow the Milk Sticks to be removed easily. And, last but not least, Milk Trays are reusable - making them the most economical and environmentally-friendly choice for freezing your breast milk.

Breast milk is a precious commodity. That's precisely what makes the award-winning Milkies Milk-Saver such a wonderful invention for breastfeeding mothers. The patented Milk-Saver collects your leaking breast milk as you nurse - allowing you to store extra breast milk effortlessly with each feeding. 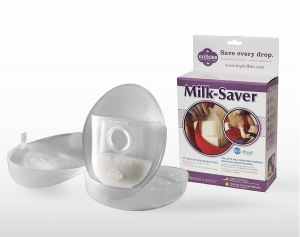 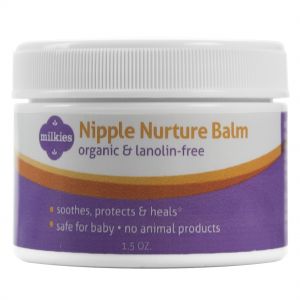 Breastfeeding is the most natural way to nourish your baby but it can lead to sore nipples and discomfort for Mom. For some it may just be uncomfortable, for others it may actually keep them from successfully nursing their baby. Our all-natural, organic nipple balm is designed to soothe, protect, and heal sore or cracked nipples.