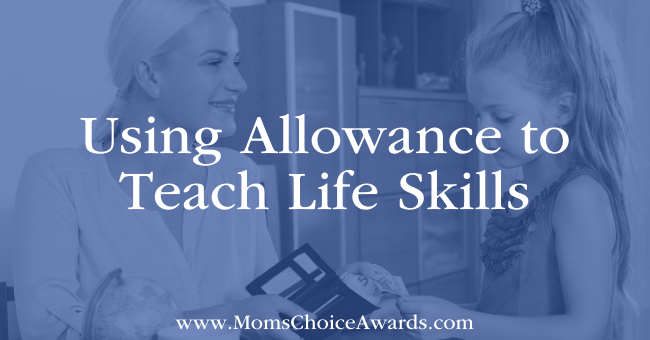 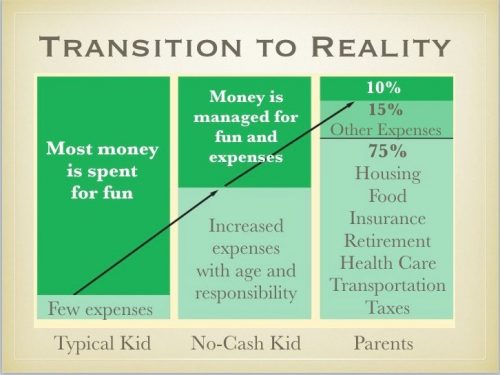 The Role of Allowance in Teaching Life Skills

Many children grow up without learning money management skills. However, parents can provide hands-on financial education at home without being financial experts.

As a child, I grew up spending money for fun. Little did I know then that I had the best of all worlds–money without responsibility. I didn’t have a checkbook until I went to college when I started paying my own expenses for the first time. When it was allowance time for our children I wanted them to learn more about money management than I did as a child.

We started allowances by paying our kids with cash. One day when I didn’t have enough cash I wrote their allowance in a notebook. Without realizing it I had started an allowance system that would teach them how to manage money as a number. We gave them a weekly amount that they had total control of and would never be withheld. This was going to be their money.

The most challenging part of being a parent was giving up control. It’s like teaching a child to ride a bicycle; you eventually have to let go. With money, it was difficult to bite our tongues to avoid telling them about a spending mistake we could see coming. Yet, we knew that a $10 mistake by a kid would be a gentle lesson compared to a maxed-out credit card as a young adult.

Our mantra was, “It’s your money. You decide.”

As parents, we thought we were teaching our kids about money. In retrospect, we were learning about parenting. Money became a tool for teaching life skills.

We taught our children to make decisions. Because their money was a number in an account, instead of cash, decisions to spend were less impulsive. To give them more practice making decisions, we provided more resources, some chores for pay, incentive programs, and paid interest. It was like a sandbox; we supplied the sand.

When our kids considered their options they might say, “If I buy that my number will get smaller.” Or “If I want that I need more money.”

One daughter tried to convince us that fashion boots were winter wear. We suggested she save and would split the cost with her. Later she announced, “Now that I’ve saved enough, I’m not going to spend MY money on them.”

As a grandmother, I enjoy stories about the new generation. One day my grandson was faced with a huge dilemma at the toy store. Darth Vader or Luke Skywalker? These are really big decisions for kids. Another day he said, “I wish I hadn’t spent my money on that game.” His mother said the same when she was a girl. Even when disappointed with decisions our kids owned the results. They did not blame us.

I wanted my kids to learn that money pays the bills. In elementary school, we added money obligations by having them pay for school supplies. By the time they were in high school, they managed much of their day-to-day spending on clothing, entertainment, education, and phone expenses.

In looking back we had built a bridge to span that gap between having money as a child with no responsibilities to being an adult who has many. Where did the money come from? Us.

The big revelation was that it was money we would spend on them anyway. We simply gave them control so they could be responsible for the decisions. We became benevolent bankers. They became account owners.

Our one rule was that every transaction was recorded. Here’s how it worked. The girls update their accounts. We’d go shopping and I paid for our purchases. They updated their balances, like debit card spending long before debit cards were common.

Our kids figured out how to transfer money between their accounts explaining, “We just added and subtracted.” It was like electric fund transfers. They charged each other interest and thought they had invented it.

Our kids opened up negotiations with us. Much to our surprise, they were very effective, while we enjoyed this new level of conversation with them. They might say, “Hey mom you’re paying us too little (or too much) for these jobs.” Or they might say, “It’s time to talk about a new weekly rate.” They even negotiated to pay a share of cable costs so they could have a TV upstairs.

Over the years they understood what their money resources were and didn’t ask for handouts. They always had opportunities to get more money. The choices were theirs.

Even though we gave them control of their money we retained our overall parental authority. While we never withheld their allowance as a punishment we could deduct fines from their account, teaching them that there are monetary consequences in life.

Money became an object instead of a power struggle. There was no begging. There were no arguments about who got paid, for what, or when. The account told all–like a financial diary. Even the college years went smoothly. They managed their funds all on their own.

When talking with other parents we realized that our daughters never once called home to ask for money. That’s when we knew our allowance experience successful. Our kids were prepared for the adult world of financial responsibility.

In the end, we understood that money management has two parts, process, and principles. Our children needed to know how to manage money as well as why.

Our system provided a reliable, consistent process. We gave them principles to guide them. We taught them to have a moral sense to pay obligations on time. They learned to be accountable for their decisions. We placed real money in our kids’ control along with appropriate responsibility, a powerful learning experience.
By allowing them to manage increasing amounts of money we showed how much we trusted them. They also learned to trust us because we let them be in total control of their funds.

When our kids graduated from high school they had 13 and 15 years of hands-on practice with their own money–a valuable financial education that didn’t cost us a cent.

We were actually happy when one daughter told us she hated us because “we made her want to pay her bills.” She was joking, but the lesson was real. Our other daughter described money management by saying, “It’s like fitting together the pieces of a puzzle. Paying bills doesn’t stress me at all.”

As a mom, I set out to teach my kids about money. What they learned reached far beyond dollars and cents. My children learned essential life skills like confidence, decision-making, and responsibility. This mom learned that it wasn’t about the money at all.

Lynne Finch is a parent writing for parents. She is the author of the MCA award-winning book, The No-Cash Allowance. As a mother, she created the system to teach her own kids how to manage money as a number. She blogs and speaks about kids and money. She is also co-founder of Finch & Coonen, a collaboration to prepare the next generation. As a proud grandmother of four, she enjoys watching her grandchildren grow up using the no-cash allowance strategy. Her keen insight into the world of children resulted in several award-winning stories for children. She has received numerous awards for non-fiction as well as adult fiction. Her published writing includes how-to, humor, and opinion pieces.

To see more, view all posts by Lynne Finch here, or visit her website at TheNoCashAllowance.com.