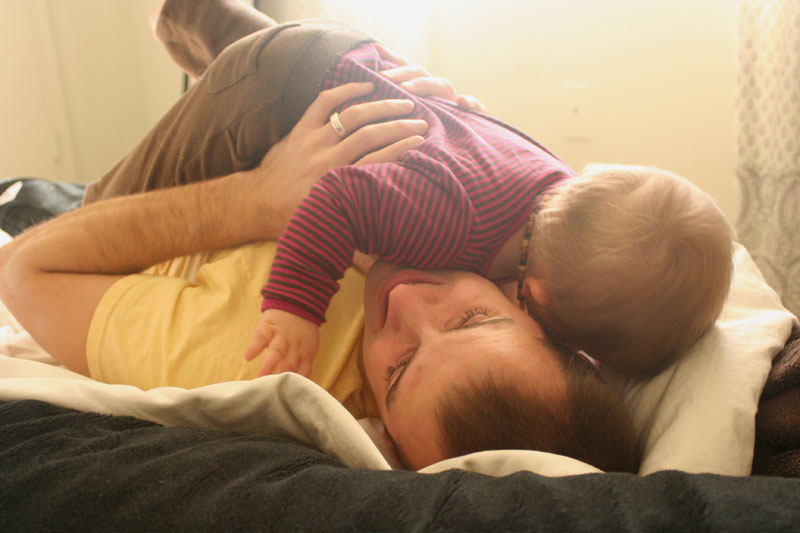 I’m thoroughly convinced that putting on the hat of Motherhood can turn even the most timid of lambs into lions. How could it not, right? We are charged with keeping little humans alive, all day, and night, long. I’m sure some of it boils down to instinct. Our instinct to fiercely protect, instruct, and guide. We wear this hat because, contrary to the belief of some, our little mini-me’s don’t come out of the womb knowing how to behave in public. To say ‘please’ and ‘thank you’. To not throw themselves and all of their toddler weight onto the ground when they don’t want to leave the store. They don’t know that eating fruity pebbles for breakfast, lunch, and dinner won’t sustain them- that showers and naps and washed hands are all good and healthy things. That it’s not a good idea to stick that butter knife into the light socket. 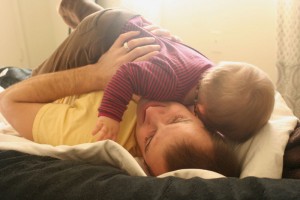 But you know who does know these things? The one who wears the hat of Fatherhood. Otherwise known as my husband.

It took me about three years into parenthood to realize that I was, in fact, attempting to parent my husband. And badly. Wrongly. And all too often, critically.

It’s okay that he choose to spend an extra five (okay, sometimes more like twenty) minutes at bedtime blowing raspberries on our daughter’s belly and making her laugh and riling her up. It’s okay that his methods of getting our daughter to eat her dinner aren’t mine- that he prefers to make it a fun game instead of stricter enforcement. It’s okay that, after time spent together, she comes back with sticky hands and face, hair a mess, with dirt all over her clothes.

Here’s the truth bomb that I needed (hence, the ‘tick you off’ part). Almost every mom I have talked to has said, in moments of honesty, the same thing: we parent our husbands. I’ve seen it over and over again. At times, bitterly. Pridefully. And it belittles them. We pretend like we know the best way to do x, y, and z, they should follow suit. I remember hovering over my husband as he tried to console our first-born daughter on a particularly rough night of sleep, telling him exactly how to hold her and shush her and rock her. In actuality, I should have stepped back and allowed him to follow his instincts as her father. Our husbands do have them, ladies. Maybe, sometimes, we stomp the confidence out of them by telling them they’re doing it wrong. I’ll raise my hand- guilty as charged. The just-follow-my-lead mentality was prevalent in those early days of parenting our daughter, and I regret them. Deeply. I respect my husband and how he parents our children so naturally… what was I, what were they, missing by me being so critical of his decisions?

The sad thing is, I’ve noticed that Hollywood plays into this very mindset. How many sitcoms have we seen where the wife comes out on top as this savvy, smart, and competent individual, while her husband tags along goofily and cluelessly, á la Everybody Loves Raymond? Everything in society seems to push us mothers into the land of Know-It-All while we, in turn, push our husbands into Just-Do-It-Like-This.

The real punch in the gut, for me, was realizing that my husband doesn’t try to parent me, ever. He has never held me to an impossible standard the way I, at times, do to him. He shows me grace when I mess up, which, let’s be honest- is often. He doesn’t fight to not lose his temper when I haven’t started dinner and it’s six o’clock. He doesn’t reprimand me, and he certainly doesn’t correct me. On the contrary, he builds me up by telling me what a great job I am doing with the kids. He brags about me to our friends, borrowing the adage, “she works harder than I do!” I have a lot to learn from his patient example. I know that I thrive under his encouragement. Before the birth of our second child, in a conversation about the things we wanted to be intentional about after his birth, I committed to him that I would allow him to parent, and do my best to not be overbearing. To let him trust his instincts, just like I trust mine. To not hover.

If I can challenge anyone else, while I continually challenge myself… let’s value our spouses’ instincts to parent. While, very often, Moms have an advantage in the comforting department because of the very nature of childbirth and how our bodies are, biologically, equipped to feed and nurture a baby, I have seen in my own husband an observance of our children that, sometimes, I fall short in. His arms have comforted many times when mine don’t. He has cheered our preschooler up on even the glummest days. He anticipates their needs. I wonder how all of our families would thrive and grow if we encouraged rather than instructed our spouses.

I’d love to hear some ways that you’ve observed your partner’s instincts in action. Please feel free to share below!

5 Comments on “The Truth Will Set You Free… But First, It Will Tick You Off”