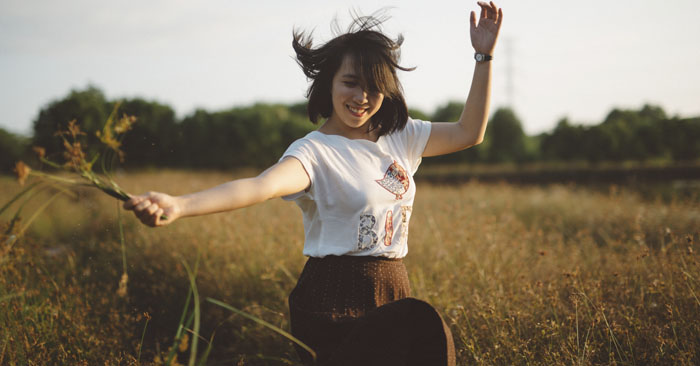 Have you ever heard someone tell you to be more positive? Have you been told to try to achieve a more positive attitude? I know I have. When I was younger I had a horrible attitude. I was negative, and I felt like nothing would ever go right.  My life was rough and it took its toll on me mentally and physically.
But I have changed my attitude. And I’m writing this blog to tell you why you should try to be more positive. There are numerous wonderful reasons for changing your perspective from “I know I can’t” to “I think I can”! 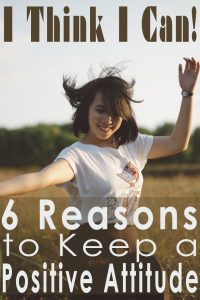 Reason #1: Have you heard that a positive attitude can increase your life span? Well, guess what? It has been proven! According to a study conducted at Yale, people with a positive attitude generally live 7 1/2 years longer than people with a negative attitude. That’s a great incentive to keep looking on the bright side!
Reason #2: People with a positive attitude have less stress. Not because life sends less stress their way, but because they choose to perceive it in a different manner than negative people. Positive people do what they can to change things and accept the things they can’t change. They actively participate in life.
Reason #3: Positive people deal with hardships more effectively because they realize “this too, shall pass.” They know that hardship doesn’t last forever and they take little steps each day to bring something positive into their lives during times of hardship. They know how to cope more effectively until better days come by taking responsibility to make good things happen while they are burdened by suffering. Positive people focus on good not bad.
Reason #4:  Positive people have a reduced risk of heart disease!  Stress takes a toll on the heart.  Therefore, less stress equals less heart problems. Having an attitude of gratitude keeps diseases at bay.
Reason #5:  Positive people have an increased immune system. As I mentioned above, an upbeat attitude lowers your risk of disease. Happier people get sick less…even when it comes to the common cold! Happier people produce more antibodies than unhappy people. They also produce more serotonin—a chemical in the brain-which decreases depression and increases a feeling of well being.
Reason #6:  Positive people age more slowly. During studies, it was found that positive people stayed mobile and thought more, engaging in frequent tasks that increased memory and body function. Because they had a “can do” attitude, their bodies responded with “I think I can”!

Like the Little Engine That Could, so are we. Much is left to our mental state. If we choose to be positive, we reap the rewards that a positive life brings. That’s much better than sitting around expecting the worst…and getting it! Diamante Lavendar is the author of the Mom’s Choice Award-winning book, Breaking the Silence. She has been in love with reading since she was a child, and spent many hours listening to her mother when she was young. As she grew older, Diamante began writing in college and published some poetry in anthologies over the years. After her kids were older, she wrote as a form of self expression and decided she wanted to share her stories with others.

Her writing stems from her own experiences and those of her family and friends. She writes to encourage hope and possibility to those who read her stories. Writing is the way that she is attempting to leave her positive mark in the world—one story at a time.
You can visit Diamante’s website here or find her on Facebook, Twitter, Pinterest, or Google+.
View all posts by Diamante Lavendar here.

0 Comments on “I Think I Can! 6 Ways a Positive Attitude Improves Your Health”