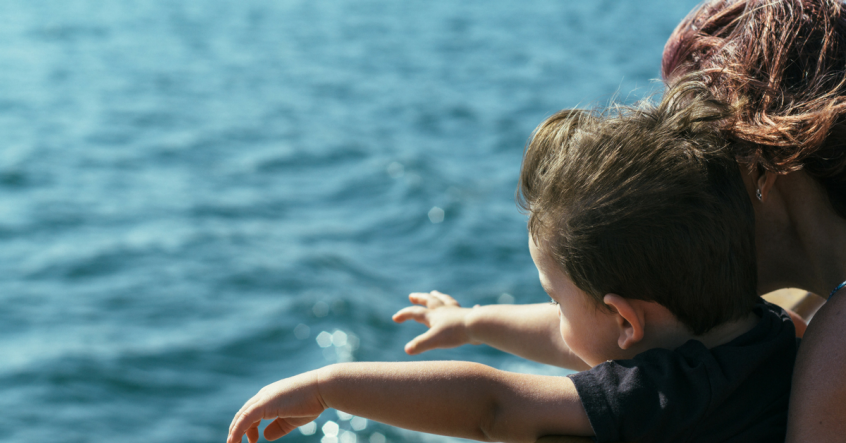 Your first baby rocks your world in a way that is difficult to prepare for. More than getting married, more than moving to a new city, birthing a tiny human who depends on you wholly is life-changing.

However, like many parents, I was sure our second time around would be easier. In many ways, it was– I was more confident. I knew how to feed him, to expect the sleepless nights, and that swaddling and shushing and rocking was the key to soothing a fussy baby.

What they don’t tell you, though, is that second children like to throw a wrench right into your “I’ve got this” mentality. We’ll call it humbling.

My son has been full-force since he was in my belly. There were countless times throughout my pregnancy with him that he would cause me to yell out and double over from the sheer force of his kicks-from-within. My first indication that this little man was going to shake things up!

He is two years old now, and I had no idea a toddler could feel such intense highs and lows. His joy is contagious; he smiles with a deep dimple, all of his teeth showing, and his laughter comes straight from his gut. He freely gives hugs, kisses, and “I love you”s. One of his first complete sentences was, “I so happy!”, and he often is.

His anger, though, can hush entire rooms. Some children have that gradual build-up, where you can quickly abandon your cart and exit the grocery store before they bubble over. My son has a shriek that comes out of nowhere, but lets you know for certain that he is angry. He has perfected the full-body flop. I’m getting used to the stares of strangers.

More often than I’d like to admit, I have wondered if I’m doing something wrong. Some days it feels like we are perpetually locked up in a battle of wills. On those days I’m exhausted and doubt myself and my ability to mother him well, to give him what he needs. Are all of these people staring at me thinking that I’m completely blowing it, here? Maybe I am.

Not too long ago, we were at a neighborhood indoor play place for some cold weather amusement; the type of place that has tables for the parents to sit at and watch their kids, who are close-by playing with train tables, kitchen corners, and dress-up centers.

I was catching up with a friend, all until my son discovered that the front doors easily opened with just the slightest push. Being two and fascinated by the art of escape, all he wanted to do was push through the door and run maniacally down the sidewalk laughing while I chased him. A fun game, of course! I scooped him up over my shoulder, both of us laughing, and plopped him back in the play area.

Eventually he became frustrated and started to cry and protest because of my insistence on him staying put. When he began to tantrum, I’d take him outside to calm him down and tell him why he can’t push through the door and run away. I wanted to respectfully spare the other parents and kids inside of his screams while still taking those teachable moments.

I found out later that while I was outside, a mother seated at a table near us snidely remarked that she was, “glad he’s not hers.”

I didn’t hear this comment, but it stung. I felt embarrassed.

In retrospect, there are so many things I wish I could have responded to her with, all of them beginning with I’m glad he’s not yours, too.

If he were yours, I wouldn’t be the recipient of his long, post-nap ‘nuggle’ time. The random “I yuh yoo”s (“I love you”), or the kisses.

If he were yours, I wouldn’t have the privilege of watching the way he responds to other people’s feelings. It’s safe to say that, because he feels all of his own so deep and strong, he knows what they look like in others. He has empathy.

Recently a childcare worker at my gym stopped me to tell me that a new two-year-old was crying after her mom dropped her off. My son rushed to her, cupped her little face in his hands, put his face right up to hers and whispered, “It’s okay.” over and over.

If he were yours, I wouldn’t be forced to find patience deep within myself when I feel like I have little left.

If he were yours, there’s a good chance you may label him “difficult” and attempt to squelch his feelings, in favor of an easier, quieter existence, and that would be a shame: I have a hunch these feelings will be his greatest strength.

I write this to say that I am still learning. I’m learning how to make space for his big feelings. I know that, because I’m imperfect, I’ll let my exasperation or discomfort get the better of me sometimes… maybe even later today.  I’ll think to myself that I wish he’d respond differently to whatever is going on.

In the midst of that, though, the thing I keep coming back to is this: I wouldn’t change him if I could. I am fiercely proud of my son and the way he was made. I’m going to try to be his biggest helper when it comes to navigating these waters. If it’s not easy for me, it’s certainly not easy for him; after all, he is not me. He is not my firstborn, either, nor is he my idea of what a child should be. So, I’ll help. I’ll do the work of a mother and let him rock my world the way he has from day one. After all, I have things to learn, too. 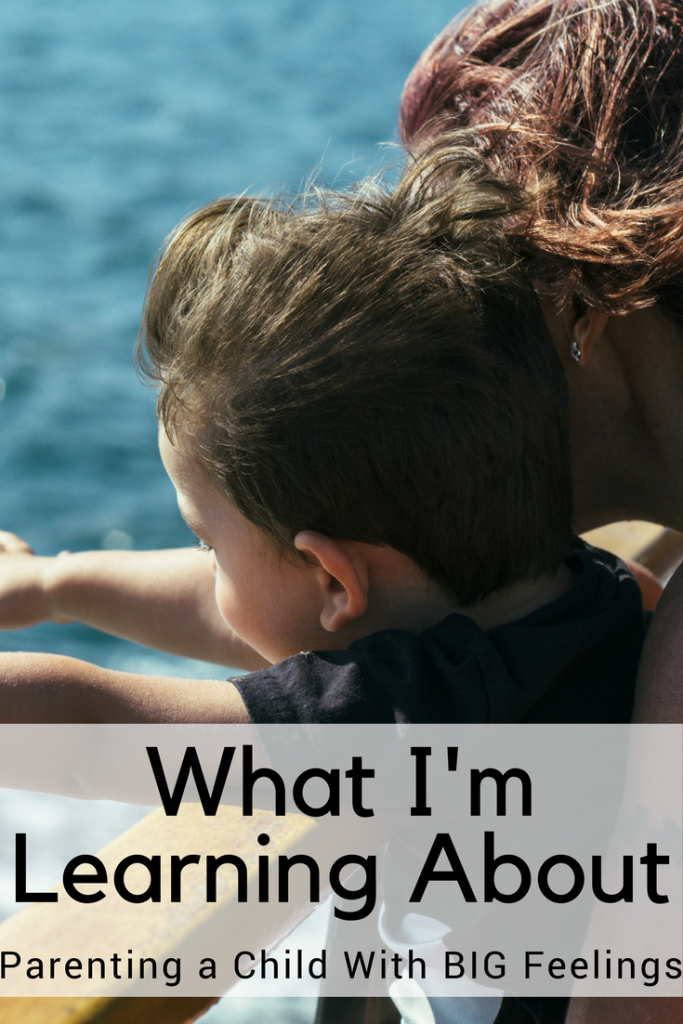 About Rachel Kiser
Rachel is a wife and mother living in Raleigh, North Carolina. She’s a fan of good coffee, wearer of gray t-shirts, and is constantly starting books she will never finish. Her family is her joy, and she loves to engage with other moms and dads on matters of parenting. Her blog posts have also been featured on the Today Show Parenting Blog and Scary Mommy.
View all posts by Rachel Kiser here.