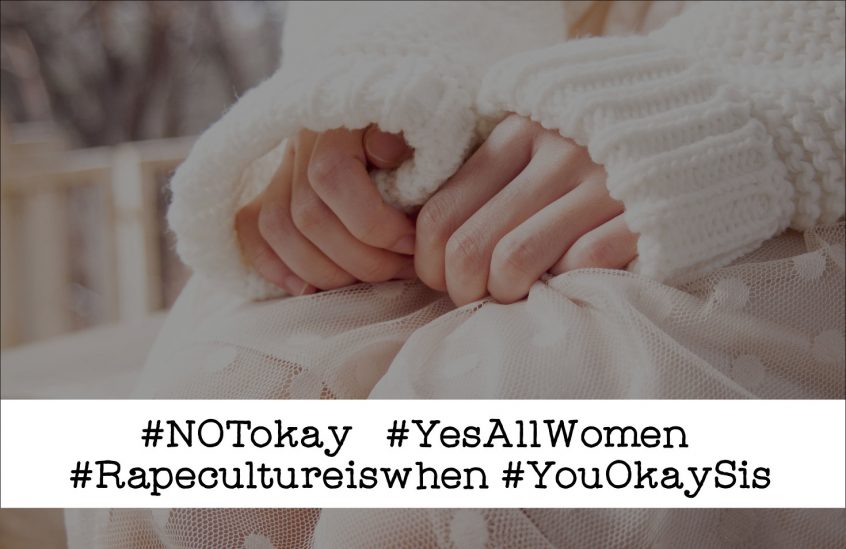 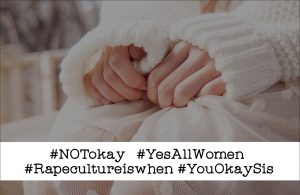 “Oh honey, they’re doing that because they like you!”

The first time I remember feeling humiliated and objectified was in sixth grade. Two boys made up a story about seeing me through the window while I was taking a shower and spread it all around school. They made up descriptions about my body and expected me to be flattered. I was twelve years old. My parents caught wind and called the school immediately. The boys were called in to the principals office and then the teacher came to speak to me. Do you know what my teacher told me? They did it because they had a crush on me.

In eighth grade we had a lip-syncing contest as part of a history project and my decade was the 60’s. I chose Nancy Sinatra’s “These Boots Are Made for Walking” and my mom put together a perfect 60’s costume for me. I was selected to perform in front of the whole school and after that the boys in the hall  walked behind me singing “these boobs were made for bouncing.” Do you know what my friends said? That I should take it as a compliment.

When I was in High School a boyfriend told me months after we started dating that he’d only asked for my number initially because I hung out with a girl who had a reputation for being “easy” so he assumed I was too. By the time he realized I wasn’t “easy” he decided it was okay because he liked me for “other reasons” by then. Then I caught him bragging to his friends about our “sex life” even though we’d never even kissed yet.

In college a sailor got my number off my luggage tag while I slept on a plane. In the weeks after that flight he proceeded to call me incessantly and get angry when I refused to go on a date with him. Eventually I got fed up and informed him of my Dad’s rank and position in the Navy. He never called again because he respected my Dad’s job more than my right to say no.

Just a few months ago an older man followed me out to my car in the grocery store parking lot and “complimented” me on my appearance while I loaded my bags. I got in my car and locked the door feeling embarrassed, frightened, and just plain icky. I’m a 32 year year old mom of two and I can’t even get groceries for my family in peace.

Kelly Oxford asked women to share their sexual assault and harassment stories on twitter and began receiving two assault stories per second. Over 30 million people read or contributed to the hashtag she created for sharing these stories. I read one tweet that said every single woman in the world has a story. It’s tough to make absolute statements like that because it can’t possibly be proven – but a chill went through me. Every woman I know certainly has a story of either harassment or flat out assault… often far more than just one story.

And I want to scream at the world… “WE ARE YOUR DAUGHTERS! WE ARE YOUR SISTERS YOUR MOTHERS YOUR WIVES YOUR AUNTS YOUR NIECES YOUR COUSINS YOUR FRIENDS!!!” But the most important thing I want every man to get is that WE ARE PEOPLE! Because, actually, I don’t want you to care because you have a daughter or sister or mother… I want you to care because you are a human being and recognize the humanity in us.

We started as wide-eyed, tender, curious little lights. Someone once sang us lullabies and rocked us to sleep. Someone once pushed us in a swing and laughed with us. We were filled with joy and wonder. Then one day someone saw us as something else… as an object rather than a soul to be honored and protected. And others stood by and let it happen, or dismissed it as “boys being boys” or “locker room banter.”  It may have been a catcall or a crude comment. It may have been the way a date took things a little too far without asking or a boss making inappropriate jokes.

Men, this is your problem to fix. Call out abuse when you see it and call it what it is – a violation of human rights not “just a guy thing.”  Shut down “locker room banter” when you hear it. Care just as much about protecting  life outside the womb as you do inside.  Believe women who bravely come forward and share their stories. Stand up for survivors and against perpetrators. Instead of telling girls how to avoid being assaulted start teaching boys not to assault. Because until you do there will continue being hashtags like #NOTokay and #YesAllWomen and #Rapecultureiswhen and #YouOkaySis. 4 Comments on “Open Letter to Men: Don’t Do Nothing”