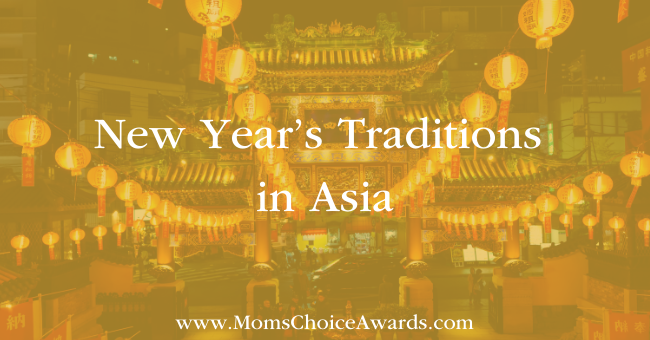 When the clock rolled over to midnight and the year changed from 2021 to 2022, I was not with my family and friends in America, shouting “Happy New Year!” I wasn’t clinking glasses or throwing confetti or watching the ball drop in New York. Instead, I was miles across the ocean, eating cake in my Tokyo apartment with a friend who was also far from their loved ones.

It wasn’t sad, though – in fact, this new transition in my life has allowed me to learn more about the fascinating New Year’s traditions in my new country. It’s been an incredibly exciting experience to see how the rest of the world celebrates such an important global holiday.

For those who haven’t had the pleasure of being in Asia or visiting a foreign country during the holidays, I have compiled a list of some of the amazing New Year’s traditions celebrated annually in various Asian countries!

The New Year and New Year’s traditions are incredibly important in China, though the New Year’s festivities don’t officially start until late January (following the lunar New Year). Legend says that the Chinese New Year began after a difficult battle with a mythological creature known as “Nian” (a bull and lion hybrid beast).

In order to scare away this terrifying beast, villages would decorate the houses with the color red and use loud firecrackers to keep Nian away. In order to keep the legend alive today, people still hand red lanterns as decorations before sharing a celebratory meal of longevity noodles (which are supposed to symbolize a long life).

Children are also given hongbao (red envelopes) filled with money to encourage new fortune in the New Year. 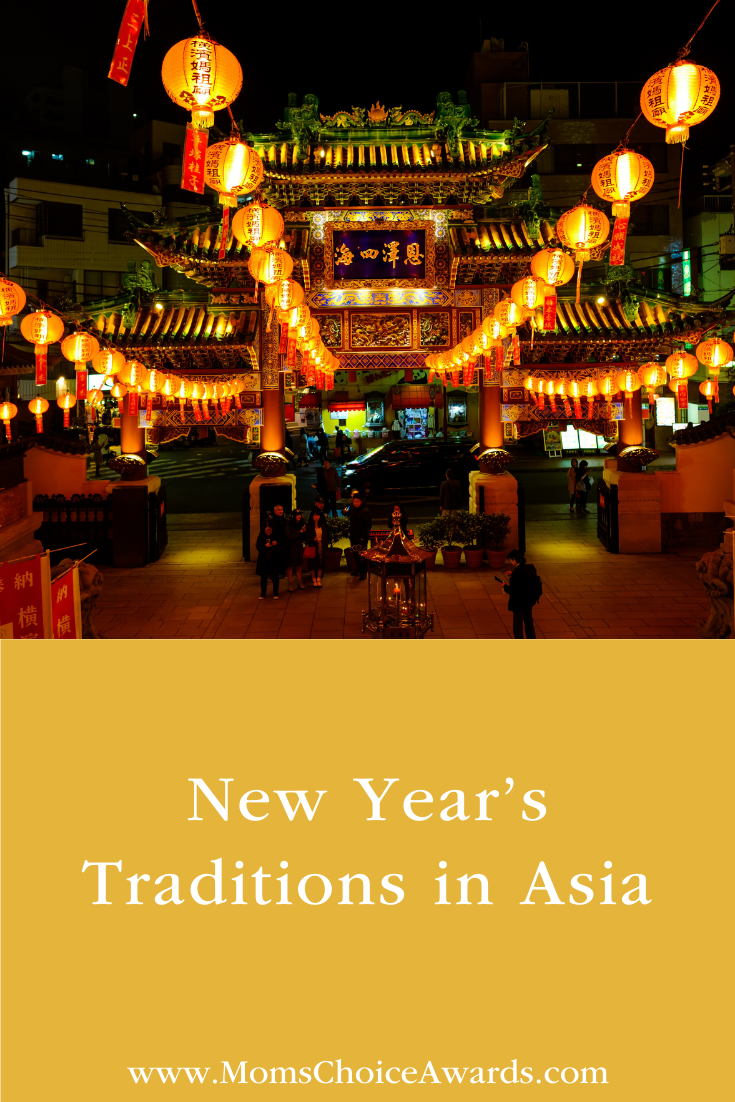 Songkran, which runs from April 13th to April 15th, is one of Thailand’s biggest New Year’s traditions and represents the start of a new solar year. The first day is a large water fight, which the Thai believe washes away bad luck. Even though it’s also lots of fun, throwing water is a sign of well-wishing and respect.

Family Day happens on April 14th and serves as a day for people to spend time with their loved ones at home. On the last day of Songkran, Thais visit Buddhist monasteries, or wats, to give alms and ask for forgiveness.

Buon Pimay is one of the most widely celebrated New Year’s traditions in Laos, commonly celebrated from 3 days to a week around mid-April. Much like during Songkran, Buon Pimay has a large festival of water where people throw water at each other with water guns, water bazookas, and buckets.

During the first day of Buon Pimay, a large market takes place in Luang Prabang from morning until midday. Lao Buddhists also traditionally bathe in the Mekong River in order to purify themselves from all their past sins.

Occurring during the first few days of January, Shogatsu is full of special New Year’s traditions in Japan. Many Japanese citizens send special New Year’s cards to their family and friends so that they will arrive on January 1st, and during the first few days of the month, various traditional foods – such as fish cakes, mashed sweet potato with rice cake, and sweetened black soybeans – are eaten.

When midnight strikes on December 31st, bells ring out across Japan, and on New Year’s Day, children are given gifts of money. During the first week, many Japanese citizens also visit local shrines and temples to pray for good fortune in the coming year.

As far as Korean New Year’s Traditions go, the most widely celebrated is Seollal. Seollal, which takes place from late January to mid-February. During this time, Koreans celebrate the first day of the lunar year by wearing their hanbok (traditional clothing) and coming together for a ritual prayer to their ancestors known as charye.

It is also a common tradition to eat eumbok to pass on the ancestor’s blessings and hopes. Younger generations then pay respect to their elders with a sebae, or bow, and are given sebaedon (New Year’s money).

Another one of the New Year’s traditions that follows the lunar year (late January to mid-February), the Losar festival is a widely celebrated event in Tibet. On the eve of Losar, Tibetans make a special dumpling soup called guthuk, which contains important, symbolic ingredients such as chilies, rice, and coal. After eating, many Tibetans traditionally run around their villages with straw torches and firecrackers to scare away demons and ghosts.

On Losar, families wake up early to place animal offerings in their household shrines for the gods and hang multi-colored prayer flags to encourage compassion, peace, and wisdom.

Another example of amazing New Year’s traditions that occur all around Asia, the Tet Festival celebrations concentrate heavily on family and reunions. Many Vietnamese family members come together for a traditional dinner of banh chung (a rice cake filled with pork and beans) and a bamboo shoot soup called mang.

They also fill their homes with flowering peach trees in order to promote life and good fortune.

Also following the lunar year, Mongolian New Year’s traditions revolve around Tsagaan Sar, which marks the beginning of spring and the end of the endless winter months. The celebrations of the lunar New Year’s Eve (known as bituun) are all about family and renewing family ties – they are a time when families prepare a large meal with lots of fresh food and enjoy eating together.

People commonly ride their best horses and wear their most elegant clothes during Tsagaan Sar. Tsagaan Sar is a time to honor the elderly, who in turn wish a long and happy life to the young.

During the first day of the New Year, many people perform an “Ovoo” ceremony in order to thank god and nature.

Do you know of more amazing New Year’s traditions celebrated around the world? Tell us in the comments!