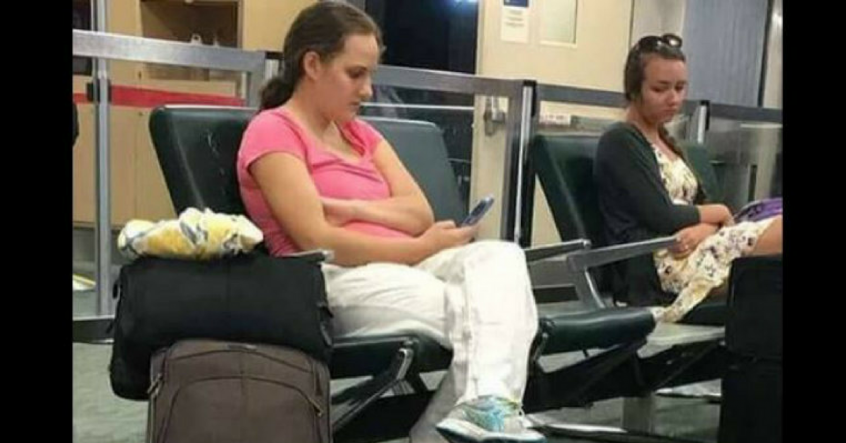 It’s no secret to anyone who has raised kids or is in the process that this gig is tough. Not only are we constantly scrutinizing ourselves, sometimes replaying the day spent parenting, play by play and reflecting on our choices, we now have to worry about others watching us, wondering what they’re thinking about our methods.

To add to the horror, the general public now has phones with cameras and the internet at its fingertips, all the time– and some people think it’s not only okay to snap photos of unsuspecting parents, but to post them online, complete with judgmental comments, for all to see.

That’s exactly what happened to Molly Lensing, a 29-year-old mother of three from Illinois. Unfortunately, Lensing was stuck at the airport with her two-month-old Anastasia for over twenty hours– that’s right, twenty— on account of a complete computer shut down from Delta, leaving everyone stranded and unable to leave the airport.

Lensing had been wearing Anastasia in her baby carrier for most of the time they were in the airport, but, being a pediatric nurse, knew she had to let her stretch out. She put down a blanket and laid her baby girl down to look around and get some much needed leg-kicking time. She then picked up her phone, calling worried family members to let them know what was going on. 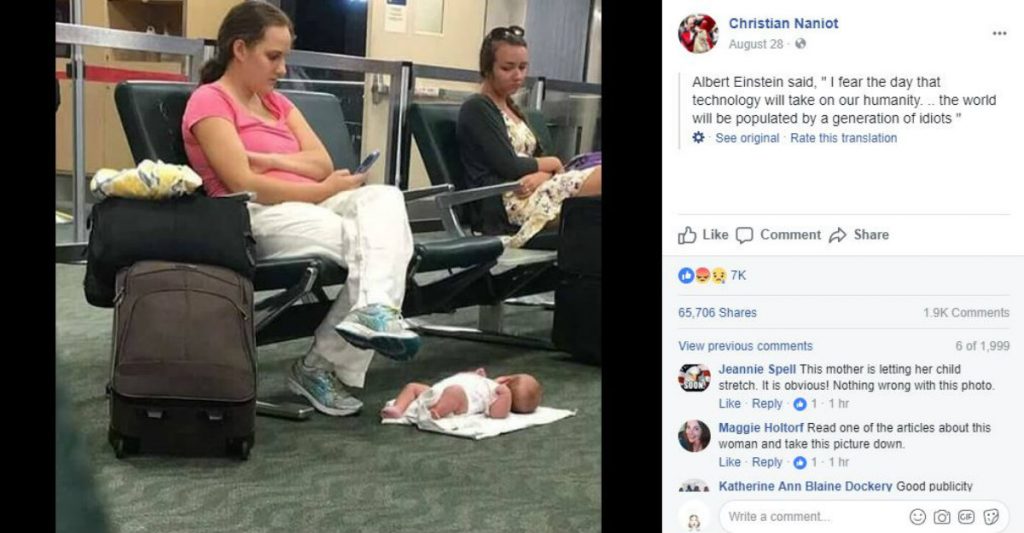 Unbeknownst to Molly at the time, someone observing from afar took a photo of her on the phone, with Anastasia stretched out at her feet. Without her consent. Not only that, this kind person posted the photo online, with a caption attempting to quote Albert Einstein: “I fear the day that technology will take on our humanity… the world will be populated by a generation of idiots.” (I say attempt because apparently Einstein actually never said that).

We’re pretty upset about it, too.

One of the worst parts was the comments, though. Keyboard warriors took to the picture to absolutely tear Lensing apart. Eventually her name was shared, and she began receiving hateful messages, telling her what a bad mother she was and more.

She told TODAY, “I had recently started working on a labor floor, and I was terrified of my co-workers or boss seeing the photo and comments and believing that I should no longer work with infants. Thankfully, this never happened.” Can you imagine? Being fearful for your safety and your job for no reason at all, other than a complete stranger wanting to berate you on the internet. Our hearts go out to Molly. 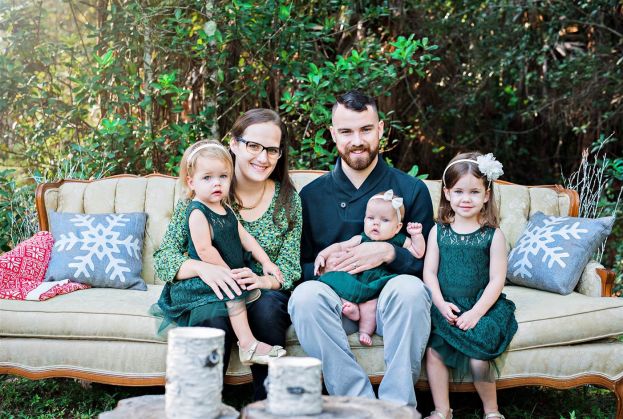 Although the post has since been taken down, cruel memes using the photo still pop up every now and then. “I ignore the photos and the comments and lean on those close to me who know the real me,” Lensing told TODAY Parents. “I am powerless compared to the internet, and I know that I am the best momma to my girls and I know that I cherish them and am raising them the best I can.”

We love that. None of us is perfect, but we are exactly who our kids need us to be. And that’s enough. We commend Molly for standing up for herself, even in the face of intense online bullying and ridicule. 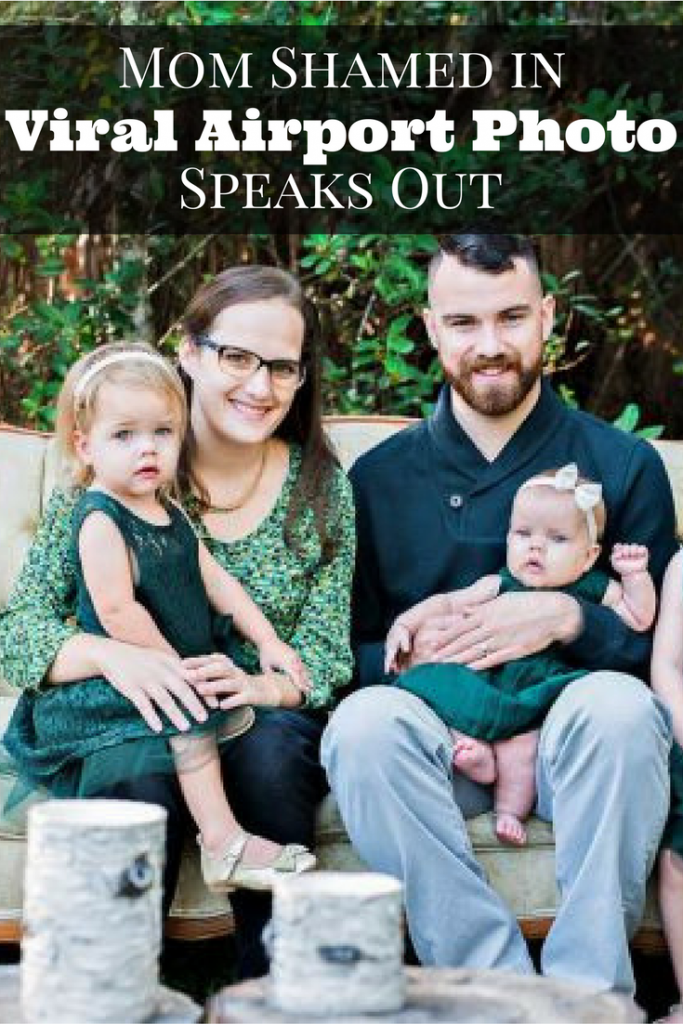