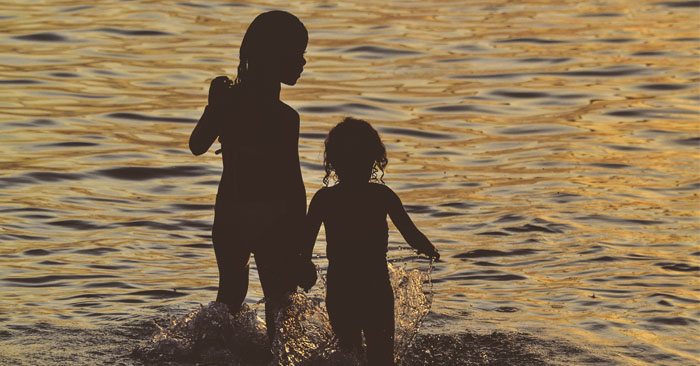 Mental disease in children is surprisingly common. The Centers for Disease and Control Prevention notes that about 20 percent – one in five – of American children suffer from a diagnosable mental illness in any given year. Close to 5 million children and adolescents have a serious mental illness that significantly interferes with day-to-day life. Parents should take heart, however. There are recognizable signs, treatment is available in many cases, and many successful people have a mental illness. 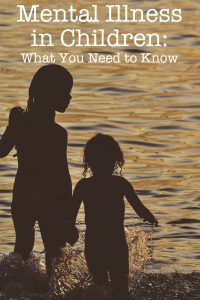 The diagnosis of mental illness is based on an assessment of the child’s behavior and symptoms as reported by parents, teachers and the child. Mental illness in children includes:

~ Anxiety disorders and panic attacks – the child responds to certain things or situations with a very strong overreaction of nervousness or fear.

~ Behavior and developmental disorders – these typically cause defiance or disruptive behaviors in inappropriate situations. Autism is one example, and ADHD is another.

~ Eating disorders – these may include anorexia nervosa, bulimia and others related to weight, body image and food.

~ Elimination disorders – children have a variety of inappropriate behaviors related to elimination of urine and feces.

~ Mood Disorders – depression or severe mood swings, such as those that occur in bipolar disease (also called manic-depressive disorder)

~ Schizophrenia – causes distorted thoughts and perceptions of situations and the external environment.

What are The Symptoms of Mental Illness in Children?

Symptoms of mental illness vary widely according to the actual problem. However, nearly all result in behavior changes, which is how parents and health care professionals usually identify a problem. Some of the more common behavior problems parents may see are changes in eating or sleeping habits, defiance of authority, stealing, lying or aggressive behavior. Many also cause emotional symptoms, such as depression, anger outbursts, anxiety and mood swings.

Other symptoms include changes in school performance, an inability to cope with the normal stresses of life or a loss of interest in friends or activities the child once enjoyed. Some children become hyperactive, while others withdraw and do very little. Younger children especially may have temper tantrums and/or persistent nightmares.

A few mental illnesses (most notably schizophrenia) may cause hallucinations that result in hearing or seeing things that aren’t real. Substance abuse may occur in mental illness as the child self-medicates to feel better or because he or she lacks judgment and impulse control.

What Causes Mental Disease in Children?

If your child is diagnosed with a mental illness like schizophrenia, one of your first questions might be “is schizophrenia genetic?” The answer is complicated but genetics certainly play a role, particularly in schizophrenia.

Mental disorders tend to run in families, which certainly suggests a genetic component. It may be that the disease itself is not actually inherited, but the susceptibility to it could be genetic – the proper combination of external environmental factors could trigger the illness in someone who has an inherited susceptibility.

Biology is also a factor, as mental illness affects the chemistry of the brain. Psychological trauma is known to trigger some mental disorders such as anxiety disorders and post-traumatic stress disorder (PTSD). Severe emotional, physical or sexual abuse, the loss of a parent or parental neglect are known to increase the risk of mental disorders like depression, anxiety and PTSD.

Parents and children both benefit from counseling when mental illness exists in the family. Many children with mental illness need well-defined routines and structure as they cannot handle sudden changes. Teachers must also understand how mental illness can affect behavior and be alert for signs the child has a problem.

Many people with mental illness go on to lead happy, productive lives. Actress Catherine Zeta-Jones has bipolar disorder, as does author Jessie Close, the younger sister of famed actress Glenn Close. Both were diagnosed as adults, despite having suffered from symptoms since childhood.

Actress Drew Barry suffered from severe depression and abused drugs and alcohol. Olympic swimmer Michael Phelps battled ADHD when growing up. Temple Grandin, who is autistic, went on to become a professor of animal science and well-known author.

If you see behavior that concerns you or think your child has a mental illness, don’t hesitate to get help. Many treatments are available today and the earlier treatment is begun the better. Mental illness in children can be treated and managed to allow for a full, happy life. In addition, both parents and children benefit from support groups and can learn coping strategies to help deal with mental illness. 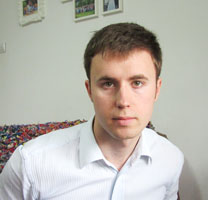 Mike Jones is an expert writer who is fighting to raise awareness on schizophrenia through Schiz Life and other digital publications focused on healthcare.

He has a master’s degree on Mass Communication.