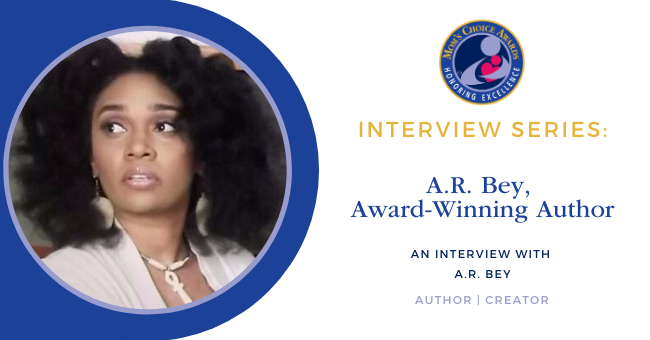 MCA: Hi Audrey! Thank you for joining us for this interview and congratulations on your Mom’s Choice Award! Adventures In Boogieland is such a creative story that truly transfers the reader to another world. Let’s start by learning a bit about your background, tell us about yourself!

A.R.: I am a Moorish-American children’s writer and author, hailing from Philadelphia, Pennsylvania. Though I publish under the pen name, A.R. Bey, my full name is Audrey Rae Bey. I hold a BA in Communications from Wesleyan College and an MFA in Creative Writing from Rosemont College. Aside from writing and marketing my work as an authorpreneur, I am a single parent of an autistic, fifteen-year-old son. He has been home-schooled for over two years, and we are expatriates living in Latin America.

Moreover, I am fluent in English and proficient in Spanish. I am working towards fluency in Spanish while abroad, as I study Korean and Portuguese. I assist serious writers by offering publishing consultations and manuscript editing services. In the future, I plan to host an annual retreat for women writers, particularly for those who live abroad. For recreation, I enjoy music, films, reading, astrology, dancing, traveling, cooking, nature, and animals, especially felines.

MCA: Four languages, that’s impressive! Was it while pursuing your MFA in Creative Writing that you decided to pursue a career in writing? What was the journey to becoming a writer like for you? 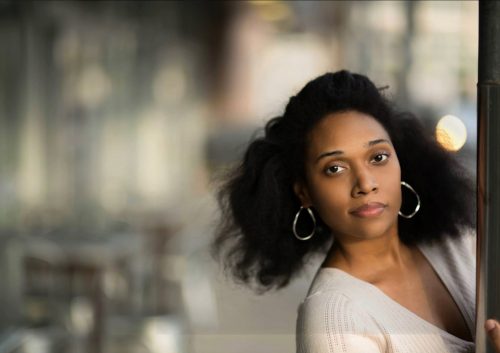 A.R.: I have always enjoyed literature, and I was fortunate enough to grow up with access to many wonderful books learning from a variety of genres. Libraries have been invaluable resources for me, and I have studied extremely well. But my path towards becoming a writer began with diary and journals created from my early adolescent years. I still have them, and I periodically review them from time to time. I have drawn inspiration from my former self, to aid with creating and forming some of the main characters within my stories, who are between the ages of eleven to sixteen.

Over the years, I have developed proficiency in poetry, songwriting, and screenwriting. Ultimately, I exhorted my pen towards fiction in graduate school. After completing the MFA program in May of 2006, I continued to work diligently until my prose began to blossom. After completing my first manuscript, I found the strength to put it aside to write something better. The next project would become my Young Adult fantasy trilogy series, The Netherworld of Kemet, which is based on ancient Kemetic mythology. Ezra’s Trial of Faith and Kismet’s Ray of Hope are the first two titles. The first book sold over two-hundred copies within the first couple of years. Though I enjoy and admire the works of many writers, my favorites are Zora Neale Hurston and Toni Morrison. However, J. K. Rowling and her iconic Harry Potter series inspired me tremendously as a fantasy, adventure writer.

MCA: J. K. Rowling and her Harry Potter series is a personal favorite of mine as well. Like Harry Potter, Adventures In Boogieland is a fantasy, adventure book that takes the reader on a journey to another world. What was the inspiration behind such a unique and creative story?

A.R.: Initially, Adventures In Boogieland, began as an unpublished short story titled, Strumming From The Other Side, which I wrote in 2011. From then, it evolved into a larger concept in the expression of a novel. But I also drew inspiration from my profound love for music, which has been a vital part of my life since childhood. I developed a passion for music early on, and I enjoyed music class and often received good citizen awards from my elementary music teacher, Mrs. Kathleen Anderson. She was the first music instructor to teach me how to properly utilize my singing voice. She taught us many fun and inspiring songs that have stayed with me throughout my life.

Mrs. Anderson was an accomplished pianist, who introduced our music class to several instruments including the triangle, tambourine, cymbals, xylophones, wooden chucks, and the keyboard. She was always enthusiastic about teaching music and also taught us the fundamentals of drama. She patiently nurtured those with talent and would train our voices for the spring choir festivals.

Once I developed enough confidence, I pursued solos and Mrs. Anderson continued to train my voice for upcoming performances. Our class renditions of “Dreams to Dream” and “A Whole New World,” were like no other. In six-grade, I joined the orchestra learning to play the violin. I was fond of listening to music on the radio, and I loved my mother’s classic rhythm and blues vinyl record collection.

MCA: How does Adventures In Boogieland encourage readers, particularly children, to study music and to commence learning to play a musical instrument?

A.R.: From the beginning, readers are introduced to four musical prodigies, who are en route to an audition for the prestigious Bartholomew Performing Arts Academy. Throughout their quest, the children are preoccupied with excelling in music. They practice their instruments diligently and often.

MCA: As you know, it is so important to spread positive multicultural stories for children and families across the globe, especially through literature. How does Adventures In Boogieland satisfy this need?

A.R.: Multiculturalism in children’s literature is on the rise. There is more diversity than ever before, but there is always room for more positive multicultural narratives. The four protagonists in Adventures In Boogieland are from different ethnic and cultural backgrounds. Simon X, the trumpeter, is African-American, Lulu DeBarge, the harpist, is Puerto Rican. Krupa Patel, the violinist, is South Asian Indian and Maxwell Winehouse, the saxophonist, is Jewish.

MCA: If Adventures In Boogieland were to be adapted into a motion picture, who would you envision to star in the project? 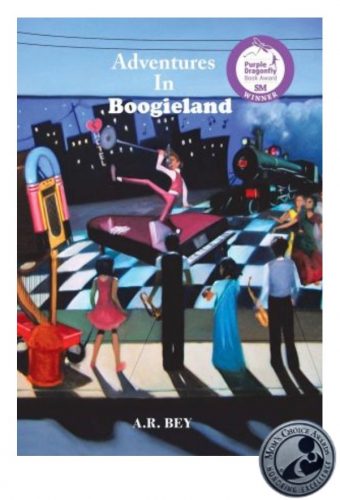 A.R.: Janelle Monáe is a remarkable contemporary entertainer, who inspired
Adventures In Boogieland. After discovering her music video, “Tight Rope,” in September of 2012, I found the perfect muse. The character, Madame Charisma Divine, who leads the children along their journey through Boogieland, is fashioned after Monáe. My expression serves as a tribute to her unique artistry, and brilliance as a young woman. Monáe illustrates strength and integrity, serving as a vital presence for women of color, and members of the LGBTQIA community.

According to the Associated Press, Superstar, Bruno Mars, is scheduled to star and produce in his first Disney film, which is rumored to be music-centered. I am audaciously alleging that his story is based on my work,

Adventures In Boogieland, which was registered through the Library of Congress, and officially published October 11, 2013. I assert that Mars willfully plagiarized my story to sabotage my potential for his selfish gain and additional notoriety.

In 2017, Mars and I were casually acquainted through social media, and we exchanged text messages as well. I reached out to him because I enjoyed his work, and I had seen him and Monáe in concert when they were new artists. Both stars are incredible performers. And I wanted Mars to be a part of the project if it materialized into a film. I desired for him to portray, Micah Kingston, the Michael Jackson inspired character.

Perhaps he is from the red planet after all. Did you know that Mars is the Roman god of war? How interesting is that? Apparently, Martians move differently and cannot be trusted. Mars has settled a few other copyright infringement lawsuits, including one for his 2014 Grammy-hit, “Uptown Funk.” I have hired Simon Rosen, a reputable entertainment attorney based in Philadelphia, to represent me. We have filed a federal lawsuit against the superstar to determine the extent of his infringement. I am hopeful that we will get to the bottom of the matter.

MCA: I had no idea that Mars is the Roman god of war, how interesting! That is so fascinating about your encounter with Bruno Mars, I hope the matter gets resolved soon! What has the response from readers of Adventures In Boogieland been like?

A.R.: The first time I shared Adventures In Boogieland with the public was through social media via Twitter and Facebook in August and September of 2012. That same year on my birthday, which happens to be Halloween, I hosted a book signing at ColorBook Gallery, a former children’s bookstore in Philadelphia located on Germantown Avenue. For the event, we enjoyed good food and conversation about publishing, and we handed out candy to trick or treaters. I also read excerpts from chapter nine, The Heartbreak Hotel, for the small audience.

Prior to the book’s official publication, I had been invited to my graduate alma mater, Rosemont College, for an MFA