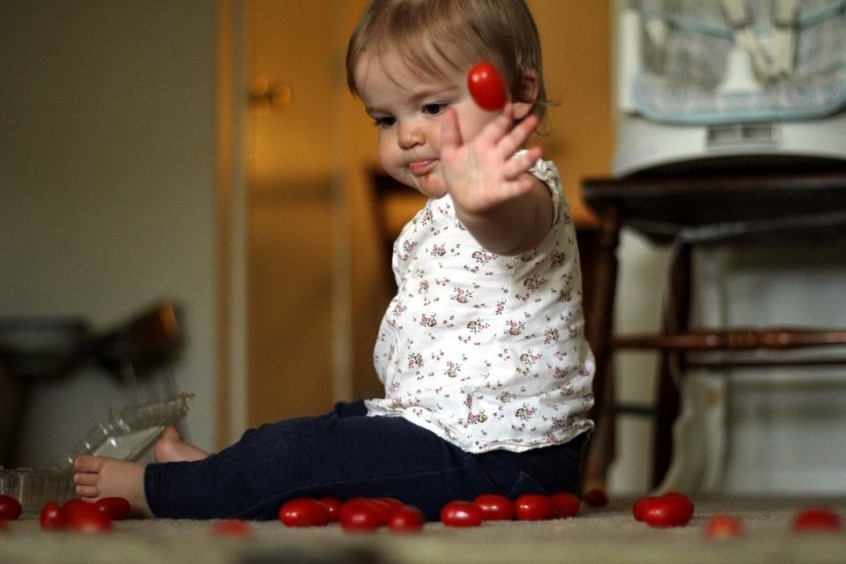 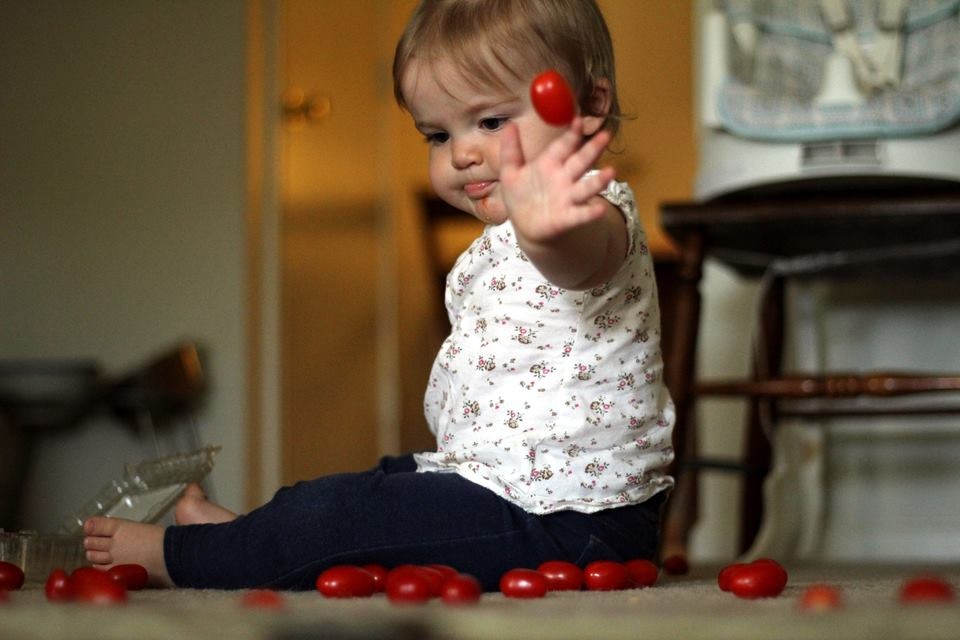 Taking children out in public kind of feels like a game of roulette. To go all Forrest Gump on you, you never know what (or who) you’re going to get. You may leave the house with an agreeable, mild-mannered two-year-old; but not ten minutes later, you may be carting a hysterical, belligerent, half-human, half-monster around Trader Joe’s while you’re sweating to get a jar of cookie butter and a couple of bottles of Two Buck Chuck in your cart–fast.

I remember my very first solo outing with my first-born. My husband had gone back to work, so I figured I’d do what most moms do when they’re a little stir-crazy: Go to Target. The amount of things I stuffed into my diaper bag is now laughable to me. I packed stacks of diapers, a full pack of wipes, a snack (for myself), a water bottle, a nursing cover,multiple pacifiers, extra outfits, a blanket, and my nursing pillow. I still laugh about that one. I dragged my nursing pillow with me, in my red cart, all around Target. Somewhere, unbeknownst to me, there were more experienced moms laughing. But I did it! I made it out, with my child in tow. But you know what strikes me the most when I reflect on this? That it was and is a feat to get out of the house with your baby. An accomplishment. Cause for celebration. It’s kind of funny to me now.

Somewhere along the line it became taboo to take your children out with you in public. As if it were expected that, once a couple has children, they stop wanting and needing to go out together. Moms like staying in their homes all day with their kids….right? Where did the prevailing mindset that public places are only for adults come from? As someone who waited tables in college, and who has friends and family members in the service industry, it is a prevailing thought that it’s bizarre to bring your children out to eat with you. I have actually heard the words, “Why would they bring their children to a restaurant?” come out of a co-worker’s mouth before. At a restaurant that has a kid’s menu and crayons! Heaven forbid those parents wanted to have a break from cooking that night, or found themselves out and about and needed to stop to eat. Trust me–the parents have weighed their options heavily before stepping through those doors. They are aware that there is a possibility of a meltdown. And if I can stress one thing–it’s that nobody is pained more by a child’s tantrum than the parents. Nobody. It hurts. It’s cause for massive shame when you can tell people are inconvenienced by your presence.

The thing is, as parents, we are charged with teaching these little humans how to behave in various social settings. A kid cannot learn how to politely ask the server for a cup of lemonade until they’re out in public–to say please and thank you to people other than mom and dad. Volume control. To not touch everything in sight. To say, ‘excuse me’ as you walk past, or bump into, a stranger. To wait patiently for your meal to come while making conversation with your family. Kids don’t come out of the womb understanding social norms. Tantrums, or situations that can easily lead to one, are teaching moments.

I would assert, from my own experience, that if a child is having a fit in a store, it is probably because the parent with the child in question is doing something right. There have been a healthy handful of times that my daughter has started screaming or crying in the aisle of the grocery store, mall, toy store, wherever because something had caught her eye, she had asked for it, and I said no. Of course, there is an alternative to saying no, that may placate the masses of people who would be perturbed to have to hear my toddler cry. I could have backed down and given her what she wanted. I could also plant her in front of an iPad, or stuff her face full of snacks. But none of those options, in my opinion, are favorable. If you’re a parent, you know this: If these things become commonplace, every public outing would require junk food, screen time, or a ‘treat’, just for acceptable behavior. And that is the point I’m trying to make here. Placating a small child so people aren’t put off by a momentary tantrum lends itself to self-entitled children who want rewards for behaving normally, and that is not doing anyone- me, my child, or the general public- a favor.

I will never forget an encounter that I had at the grocery store when my daughter was two. I was checking out, paying for my groceries, and an elderly man in front of me turned around, caught sight of my daughter, and smiled. He looked at me and said, “You have so much joy ahead of you!” I was taken aback by his encouragement. What he said to me seemed radically counter-cultural. His statement has become my benchmark for encouraging those around me who are adding to their family, because it’s true- there is so much joy ahead. It can be unbelievably hard, embarrassing, and draining- but there is so much joy. If we leaned more towards viewing kids as a valuable part of our society and culture, maybe we wouldn’t be so put out by their presence. So, as for me and my house… we will go out. Sometimes, we will tantrum. But hopefully, at the end of these fleeting years, there will emerge more self-controlled, communicative, and socially aware children because of it.

2 Comments on “In Defense of Public Flailing and Tantruming”