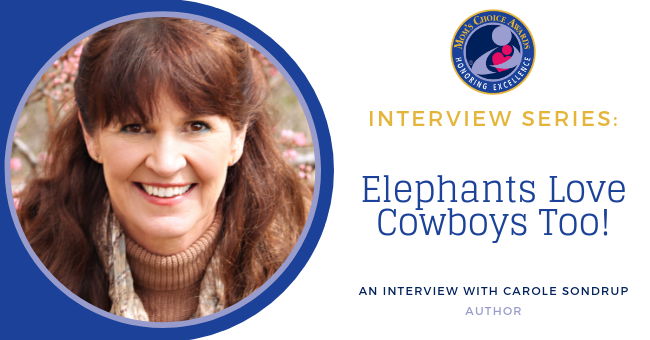 As we continue sharing interviews with some of our favorite Mom’s Choice Award-Winning Honorees, we are excited to have spent some time with Carole Sondrup, author of the touching and animal-friendly book Elephants Love Cowboys Too! Carole’s book is a sweet tale of the  relationship between her father and Amy, the elephant they raised from infancy on their ranch.

MCA: Hi Carole! We are so excited to be talking to you about your heart-warming book Elephants Love Cowboys Too! Why don’t you start by telling us a little bit more about yourself. 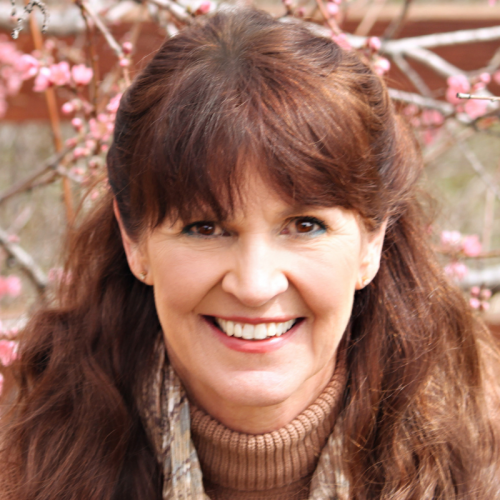 Carole: I, along with my brothers and sister, was blessed to grow up on a ranch in Colorado. Animals have always been a big part of our lives. I actually still live on a little ranch, myself, in Windsor, Colorado!

I truly do not fancy myself a writer, though; just a woman with a story to tell about her amazing father. It’s hard to talk about myself without first telling you about him. He is a huge animal lover, and when he was a boy my grandfather had a pet black bear named Lulu and a chimpanzee named Bedula. So, I guess you could say caring for animals is in his blood! He was even the Marlboro Man for several years in the 70’s! He is the quintessential cowboy, fully embodying the western way of thinking; that is the way my siblings and I were raised.

I have been blessed to have three children, all of whom are married and live within a few miles of each other. As Coloradoans, we spend as much time enjoying the great outdoors as we can!

MCA: Elephants Love Cowboys Too! Is actually based on your father, who sounds like an amazing person. What inspired you to write it?

Carole: When Amy became part of our family, everyone was ecstatic! There is nothing cuter than a baby elephant. Elephants Love Cowboys Too! tells the story of her arrival to our family. She and my father had an unbreakable bond that lasted for a lifetime. The other animal characters in the story are also real animals we had on the ranch, and were a part of Amy’s life as she grew up.

My father, who trained cutting horses, had never trained a baby elephant. I was fortunate to have come across a gentleman named Army McGuire. Army would travel from zoo to zoo teaching the caregivers a ‘language’ he had created. When the animals were moved from one facility to another, they could understand what the handlers were asking of them because of Army’s efforts. Army spent several months at the ranch with Amy and my Dad.

My father’s favorite command was ‘Trunk Foot’. When this command was given, Amy would stop dead in her tracks, raise her front foot and her trunk high in the air. This worked wonders on the elephant. However, when Dad tried it on my mother the result wasn’t quite the same!

MCA: You mentioned that your family has strong ties to the Autistic Treatment Center in Dallas, and in the book you write that all proceeds actually go to the Center.

Carole: My brother Bobby started the Round Up for Autism, which is based in Dallas, Texas, to benefit the Autistic Treatment Center. Since he started this fundraiser some 30 years ago, the need has grown even larger. The children at the center who struggle with Autism struggle to communicate with the world outside their understanding. When I was inspired to write Elephants Love Cowboys Too! it was a natural step to have all the proceeds from sales of the book donated to the Autistic Treatment Center.

I have a niece with autism, so I have seen firsthand the impact that being on the spectrum has on families and children as they navigate that path. The desire to communicate and feel loved is universal. Amy was so young when she first came to us. All she wanted was to feel safe, secure and loved, much the same way as kids with autism wish to live their lives.

MCA: What a lovely way to give back. If you had to say, what do you think makes your book particularly special?

Carole: When I first started thinking about writing a children’s book, I realized that, because it’s a real story, it’s already special. Children reading the book can see photos of the real Larry the goat, T-Cross the horse and Rawhide the dog. Adding the photos in the back of the book brings the characters to life in a way characters in other books can not do.

MCA: If you could communicate one key point to your readers through your book, what would it be?

Carole: Learning to communicate is the most important element for interaction. As I have tried to impart to my children, animals can teach us so much about ourselves. Giving a child the opportunity to care and be responsible for something other than themselves is a life lesson that will extend to all parts of their lives, forever.

Thanks to Carole for taking the time to chat with us! You can check out Elephants Love Cowboys Too!  at her website! 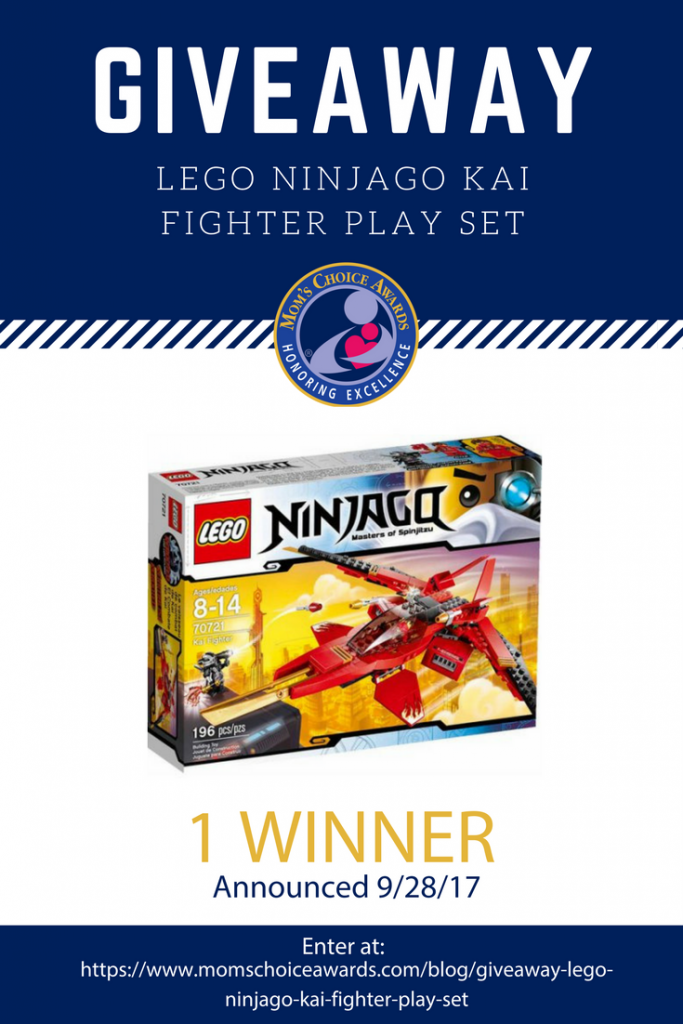 One Comment on “Interview with Carole Sondrup, Author of Elephants Love Cowboys Too!”