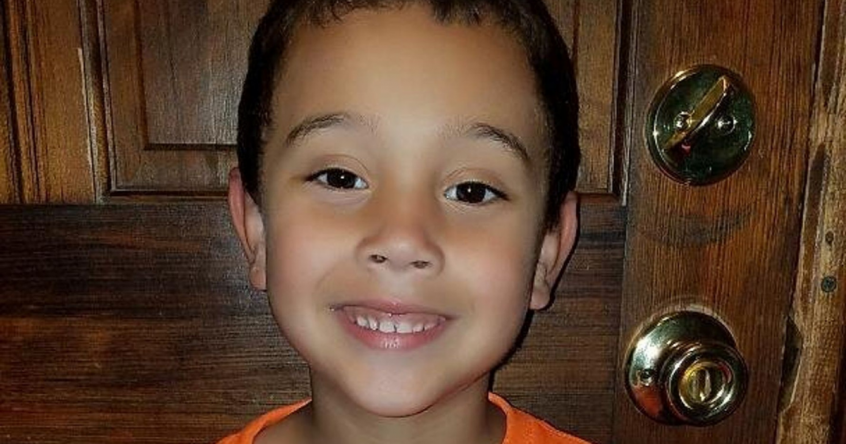 Sometimes the greatest lessons come in the smallest packages.

Such is true in the case of Blake Rajahn, who, despite only being 6 years old, is on a mission to spread kindness in his little corner of the world.

His mom, Nikki, who owns a customization business, offered to embroider him a shirt of his choosing for his first day of school. “I told him that as a back to school gift, I will make him any shirt he would like. It could have anything- a basketball theme, football, etc. which are all his favorites,” she wrote. After thinking about it, Blake asked her, “will you please make me a shirt that says ‘I will be your friend’ for all the kids who need a friend to know that I am here for them?”

I have to brag on my son. I told him that as a back to school gift, I will make him any shirt he would like. It could…

‘I will be your friend.’

While other kids are trying to soak up the last few bits of summer break, picking out new school supplies and freshening up their haircuts, Blake had only one request of his mom, Nikki. He wanted his classmates to know that, even if they felt alone, they had a friend waiting in him.

According to a local news outlet, Blake has been the target of bullying in the past. His purpose in wearing his new brightly-colored shirt? “I want to make sure that kids that are bullied know they have a friend already.”

Apparently the idea has spread quickly, and there have been requests for Nikki to make more shirts for some of Blake’s peers. According to her, “[Blake] said that he’s excited that more people are getting the t-shirts because that means more and more people are going to have more more friends.”

Could you imagine what the world would look like if we all sent out an orange-and-green beacon that told those around us that we were willing to love them? It makes us so proud that our youngest members of society are catching on to one of the most important things in life: having each other. Way to go, Blake!