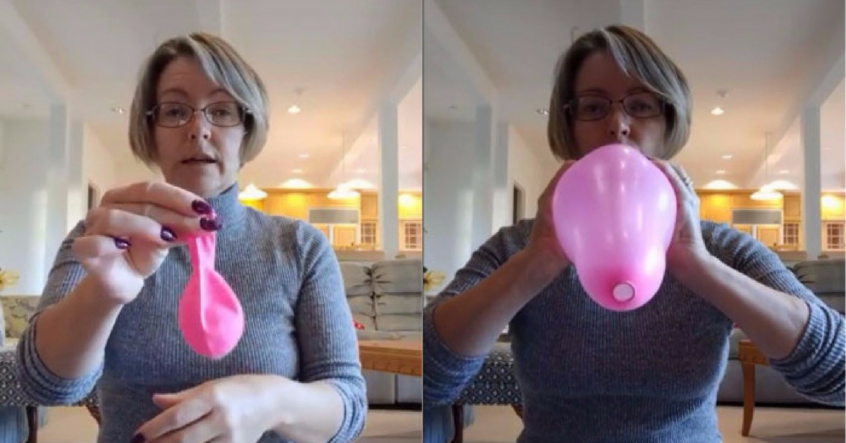 Birth is a magical and otherworldly experience. Even though it is widely experienced (everyone reading this was once birthed, right?), there is still a lot of mystery surrounding the physiological process. Many women who have given birth, even, don’t actually know what happens within the body when a baby is brought into the world. Do you know what a cervix and uterus actually look like, or what their function is?

Liz Chalmers, co-owner of Puget Sound Midwives and Birth Center in Seattle, has an excellent teaching tool that is taking the internet by storm, and it involves only a single balloon and a ping pong ball.

Chalmers, who originally made the video to show the demonstration to her niece, Charlotte, who is studying to be a childbirth educator, starts out by placing the ball (the baby) inside of a pink balloon (the uterus). While she shares the easiest way to get the ball in, she chuckles and says, “Stuck is a word we don’t like to have associated with childbirth.”

And all the mothers said Amen.

She goes on to show the difference between Braxton-Hicks (or practice) contractions– squeezing the balloon on both sides, which is ineffective in moving the ball down. While these contractions are preparatory and important, it shows how these practice contractions don’t do much in the way of dilation.

She comments that, commonly, women in her childbirth class start to get nervous about squeezing their balloons towards the end, where ‘dilation’ happens. She said that she encourages the women just as she would in actual labor and during the period of intense dilation to just breathe through it and push gently.

“My favorite mantra for birth is ‘I can do anything for a minute,’” Chalmers tells Babble. “Let your uterus squeeze, and let go. Then squeeze, and let go. One minute at a time, with a lovely break in between. A typical labor isn’t 16 hours of unremitting pain. It’s more like 4 hours of pain sprinkled over 16 hours, a minute at a time. We can do anything for a minute.”

“One more push and then the baby will be here,” she coaxes, as she gently pushes one more time and the ping pong ball comes catapulting out. She laughs and says that it’s normally a riot in class at this point, with her couples wondering if babies really do come out that way (spoiler: they don’t!).

We’ve got to hand it to Chalmers for finding an object lesson that simplifies such a complex process. She’s been teaching childbirth classes for 12 years, and has used this particular demonstration for the last 11. The video has been watched nearly 2 million times, so we’re guessing people are just as entranced with it as we are!

It goes without saying that birth isn’t as easy or straightforward as the balloon made it seem, but what Chalmers taught will certainly stick with us. The birthing industry could use more workers like her. She has a calm, collected confidence (with just a dash of good humor!) that many of us could use during this vulnerable life event. And we certainly won’t be able to get the image of the ping pong ball catapulting out of the balloon, either! 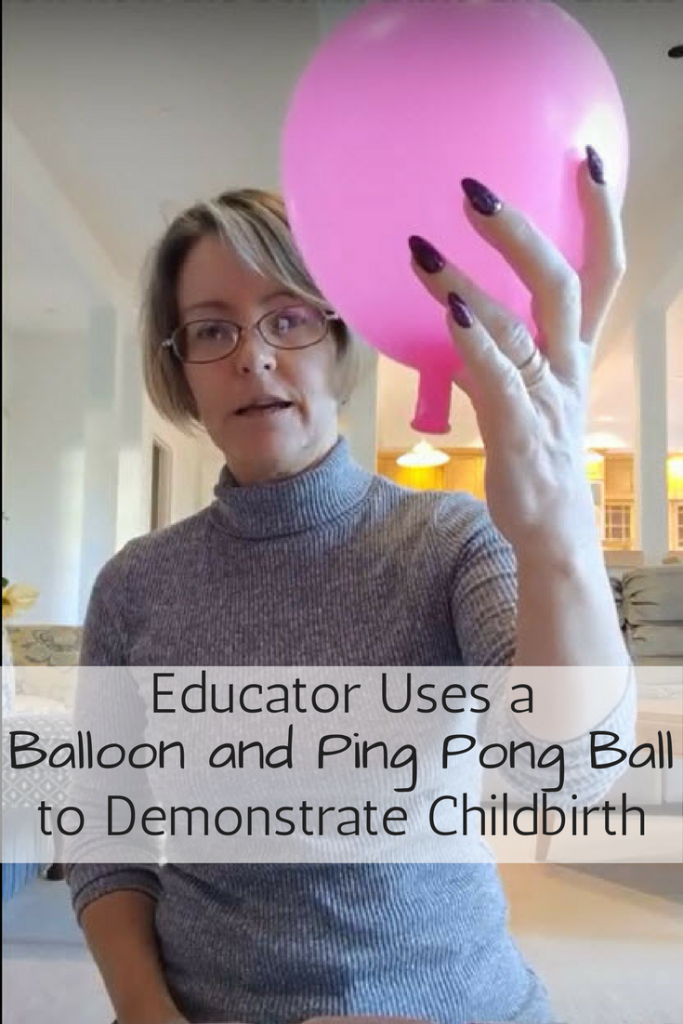