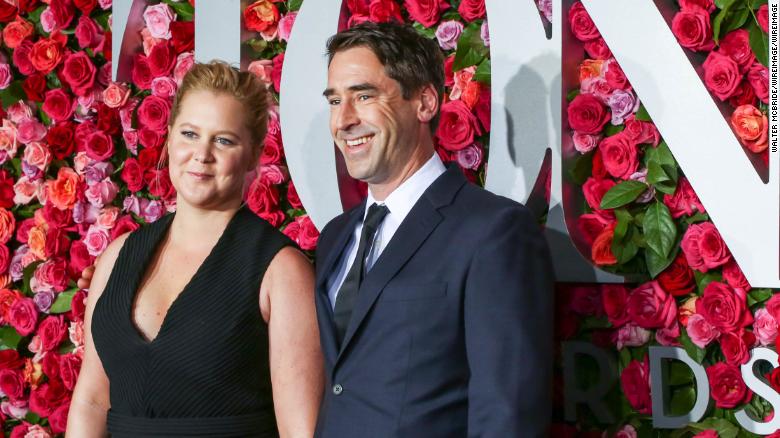 Whether she’s cracking us up on the stage or warming our hearts in movies like I Feel Pretty, we love Amy Schumer. Her refreshing take on pregnancy and motherhood- which included everything all the way to hyperemesis gravidarum- has helped so many women feel less alone in their own journeys.

Now she’s answering questions about her child potentially being on the Autism Spectrum, and we are here for her answer.

Would anyone be interested in seeing a docu series of my pregnancy and birth?

The question was posed when Schumer posted a picture of her baby boy, Gene with the caption, “Would anyone be interested in seeing a docu series of my pregnancy and birth?”

Many of her fans responded positively to the idea. One comment, though, posed a different question. “I think you’re great, I just feel like it’s self serving and overdone. I’d like to see a documentary of you discovering your mate is diagnosed with autism and how you cope with the possibility that your child will be on the spectrum.”

Incase you missed it, earlier this year, Schumer opened up about the fact that her husband, Chris, was officially diagnosed with autism. On her Netflix special titled Growing, she shared,”I knew from the beginning that my husband’s brain was a little different than mine. My husband was diagnosed with what used to be called Asperger’s. He has autism spectrum disorder. He’s on the spectrum.”

So, when the topic came up again on Instagram, she was quick to respond in a way that is honest and straightforward.

“How I cope? I don’t see being on the spectrum as a negative thing,” she said. “My husband is my favorite person I’ve ever met. He’s kind, hilarious, interesting, and talented, and I admire him. Am I supposed to hope my son isn’t like that? I will pay attention and try and provide him with the tools he needs to overcome whatever challenges come up, like all parents.”

And, in classic, hilarious Amy Schumer fashion, she also said, “I’d be disappointed if he liked The Big Bang Theory and NASCAR, not if he has ASD.”

For that excellent response, fans were clapping her on the back. One said, “Thank you for your wonderful response to the question about your son being autistic or not, s a parent of an autistic son, I applaud you for sticking up for something so misunderstood. I have so much respect for you and wish nothing but the best for your family.”