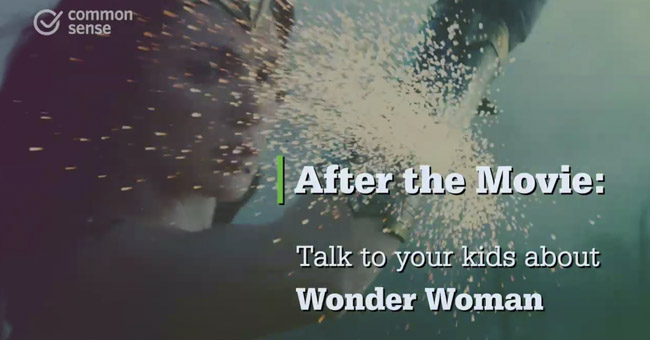 Families can talk about everything from women’s roles in comics and superhero films to the importance of compassion and empathy.

The highest-profile comic book adaptation to date featuring a female superhero, Wonder Woman is an engaging, entertaining, empowering, and surprisingly diverse superhero story with strong messages about teamwork, courage, and compassion. It also has lots of action violence and romance — all of which means this Common Sense Seal-honored adventure offers plenty for families to talk about. Try these discussion questions to get started: Betsy’s experiences working in online parenting and entertainment content were the perfect preparation for her role as Common Sense’s executive editor of ratings and reviews. After earning bachelor’s and master’s… Read more

This post was originally posted by Common Sense Media on 6/2/17.

About Common Sense Media
Common Sense Media is dedicated to improving the lives of kids and families by providing the trustworthy information, education, and independent voice they need to thrive in a world of media and technology. We exist because our kids are growing up in a culture that profoundly impacts their physical, social, and emotional well-being. We provide families with the advice and media reviews they need in order to make the best choices for their children. Through our education programs and policy efforts, Common Sense Media empowers parents, educators, and young people to become knowledgeable and responsible digital citizens. For more information, visit us at www.commonsense.org.